*Products received. Opinions are my own. This post includes my affiliate links.

Oh Hasbro, how I have loved you since I was a child. The memories I have of receiving your toys at Christmas and my birthdays will never be forgotten!

Now that I am a mom, I am thrilled that my kids feel the same way about Hasbro, a brand that has been around for a long time. Quality toys for all those little kids! I came across 3 fun new Hasbro toys kids will love and wanted to share them with you! These would make awesome Christmas gifts for your little ones!

1.PLAY-DOH STAR WARS AT-AT ATTACK Playset featuring STAR WARS CAN-HEADS. My toddler loves this set. Though the Play-Doh went fast (as in my toddler took it and left it out in a favorite hiding spot of his, sigh..), my toddler had lots of fun making things with this playset. The thing with Play-doh is you can’t go wrong. Your child can be so creative and I love that. 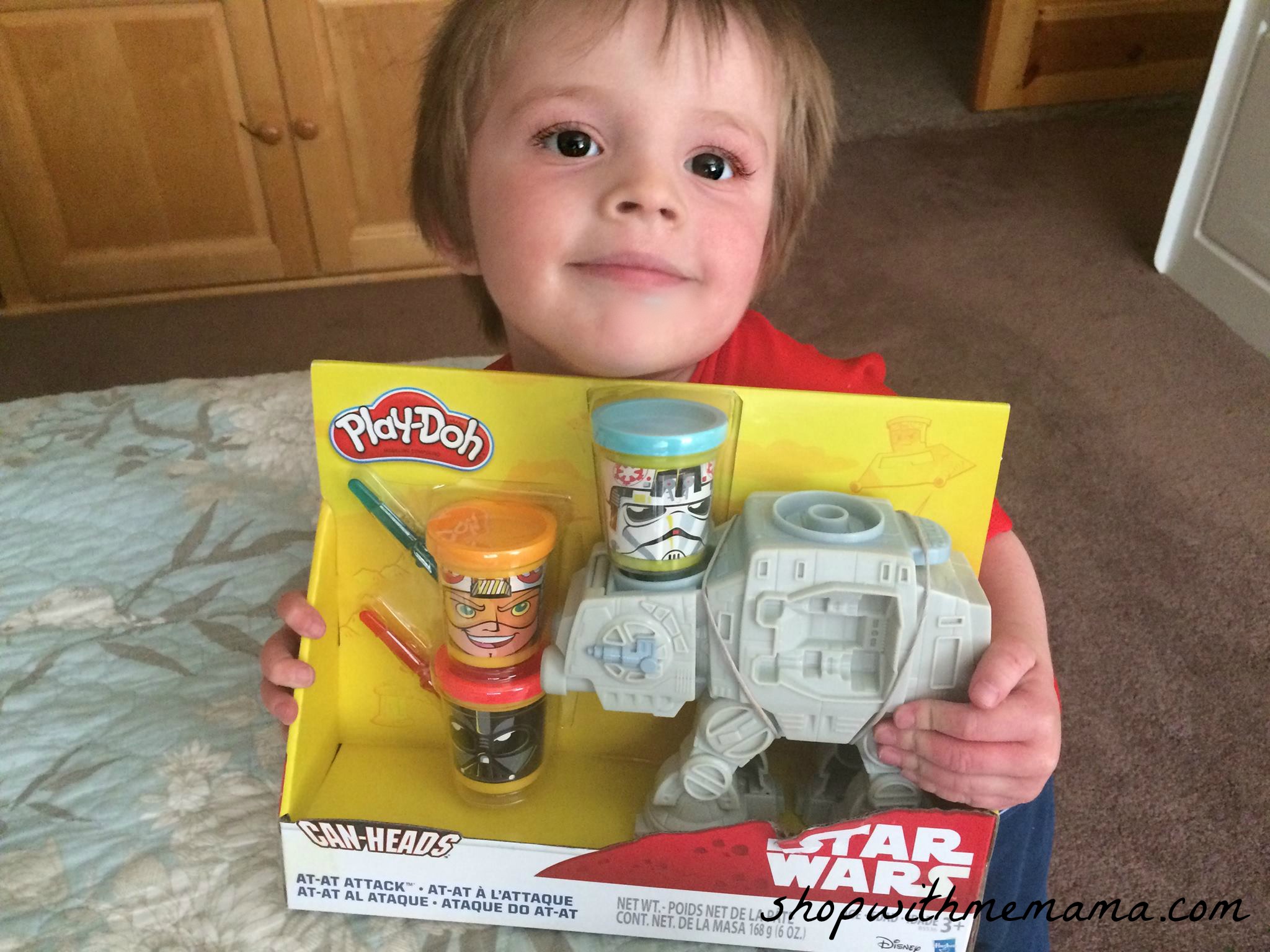 Transport into epic galactic PLAY-DOH adventures with the PLAY-DOH AT-AT ATTACK playset featuring STAR WARS CAN-HEADS! The iconic PLAY-DOH cans become part of the action as kids explore the Evil Empire with Luke Skywalker, Darth Vader, and Imperial Pilot character cans.  Load the compound into the AT-AT vehicle to extrude PLAY-DOH laser beams out of the front blasters, then use the half-molds on the vehicle and feet stampers to create out-of-this-world battle gear! Playset includes AT-AT vehicle, two lightsaber cutters, and three CAN-HEADS characters filled with PLAY-DOH compound. Good for kids ages 3 and up. Retails for $14.99.

2.TRANSFORMERS RESCUE BOTS OPTIMUS PRIME RACING TRAILER Playset. This is awesome! My little guy just loves this one. He likes trucks/cars anyways, so this is really a fun toy for him to play with. 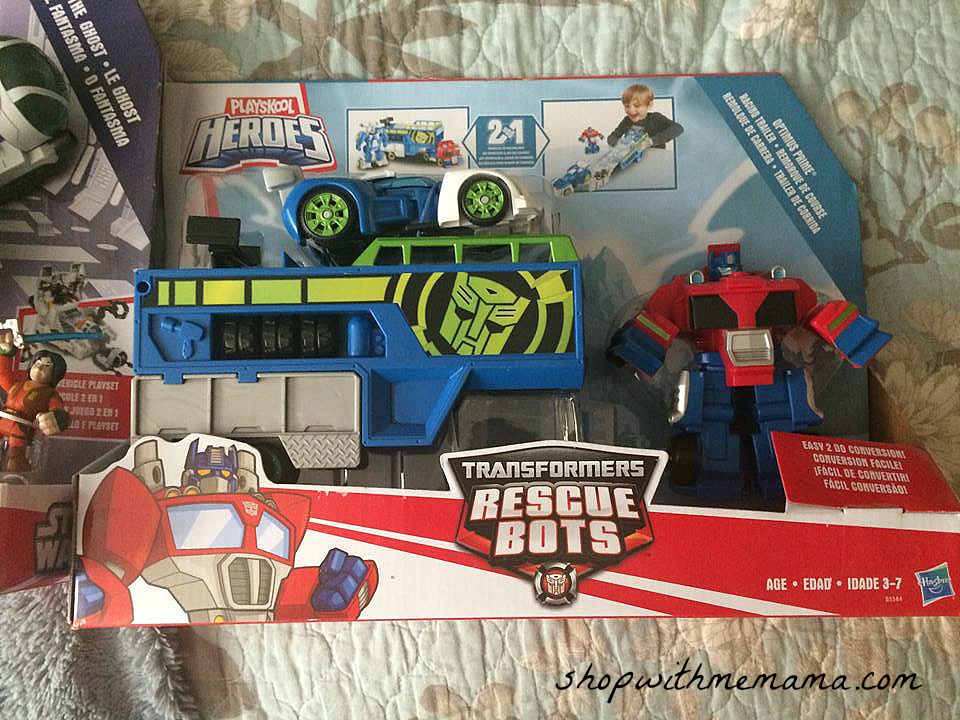 Race to the rescue with OPTIMUS PRIME character and his racing trailer! The TRANSFORMERS RESCUE BOTS OPTIMUS PRIME RACING TRAILER playset features two easy-to-convert figures: the OPTIMUS PRIME figure as a racing-inspired semi-truck and the BLURR figure, as a race car. The trailer converts into a vehicle launcher that is compatible with the OPTIMUS PRIME and BLURR figures, as well as the other RESCUE BOTS vehicles from the RESCAN assortment (Each sold separately).   For even more stunt action play, detach the base of the trailer and convert it into a ramp. Good for kids ages 3-7 years of age. Retails for $29.99.

3.STAR WARS THE GHOST Playset. This is really neat too! My little guy loves pretending to fly this around the  house and loves that it shoots out little ‘missles’! So much fun! Plus, it comes with two figures to play with. 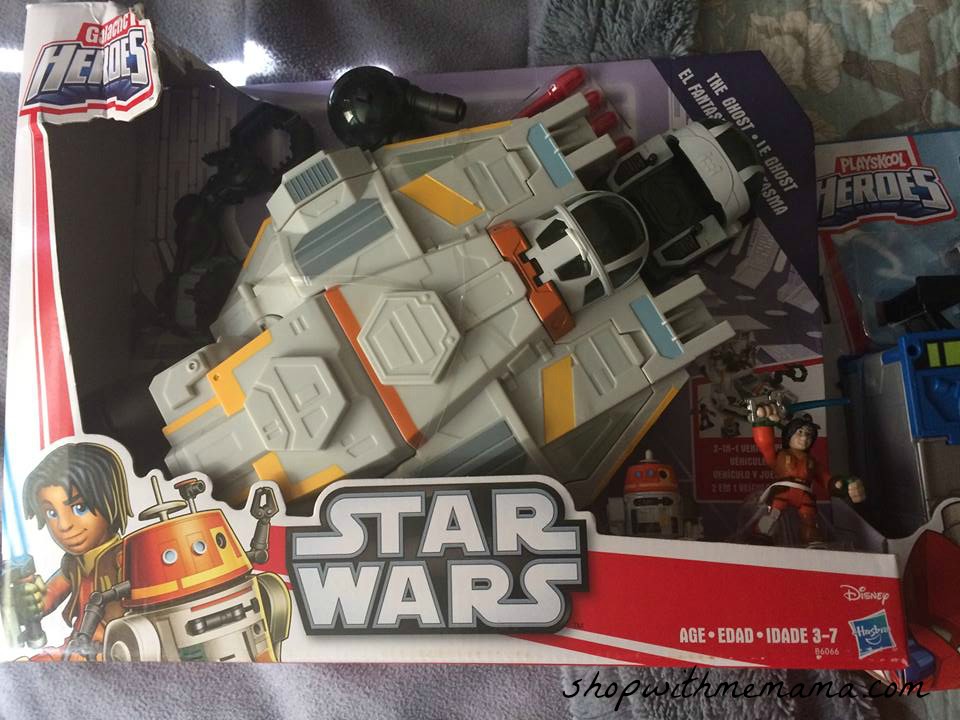 Based on the hit animated series, STAR WARS REBELS, this brand new vehicle will allow little ones to act out exciting adventures! THE GHOST playset converts from spaceship mode to playset mode by raising the top of the set. Open THE GHOST playset to reveal a removable cannon, crane, and rover that detaches from the front of the ship to extend the fun! The set also includes EZRA and CHOPPER figures and is compatible with the PHANTOM vehicle from the DELUXE FIGURE assortment, sold separately. Good for kids ages 3-7 years old. Retails for $29.99.

*You can also check out other awesome gifts in my holiday gift guide!*

What Is On Your Holiday Wishlist?