You're Home! » Disney’s Moana Is A Great Movie For The Whole Family!

Have you seen the wonderful movie, Moana? We finally were able to watch it last week when it came in the mail for us to review! My kids were SO excited. We had been waiting to see this movie ever since we heard about it!

Disney’s Moana is a great movie for the whole family! It really is. It was not only wonderfully made, had great characters and songs, but it was funny too. We have watched this movie quite a few times since receiving it and each time, my kids sit still and watch it. 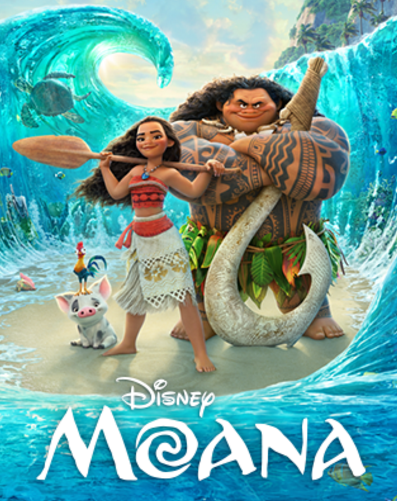 Walt Disney Animation Studios’ Moana, is a story of a spirited teenager who sets sail on a daring adventure to save her people, starring newcomer Auli‘i Cravalho as the voice of brave and tenacious Moana and Dwayne “The Rock” Johnson (HBO’s “Ballers,” “Central Intelligence”) as the larger-than-life demigod Maui.

The film earned a 95% critics’ consensus on Rotten Tomatoes and the No. 1 spot at the domestic box office opening weekend. Now, “Moana” sets a new course, sailing home on Digital HD/3D and Disney Movies Anywhere (DMA) on Feb. 21, and on Blu-ray 3D™, Blu-ray, DVD and On-Demand on March 7!

Bonus features include a new, hilarious mini-movie featuring Moana and Maui; an in-depth look at how the people, cultures, and heritage of the Pacific Islands shaped the story of “Moana;” revealing Q&A with co-stars Auli‘i Cravalho and Dwayne Johnson, and famed animation directors Ron Clements and John Musker; insider access to Lin-Manuel Miranda, Mark Mancina and Opetaia Foaʻi, the trio behind the film’s moving music; four mini-documentaries highlighting the movie’s groundbreaking effects; deleted scenes; a deleted song; hidden Easter Eggs; music video; “Inner Workings,” the theatrical short film directed by Leo Matsuda that spotlights the internal struggle between a man’s Brain and Heart; and much, much more! 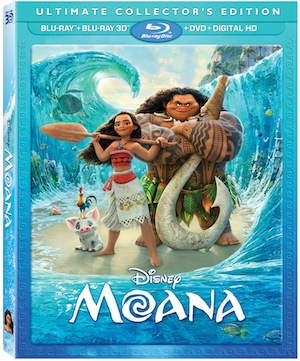 You can purchase Moana on Digital HD/3D and Disney Movies Anywhere (DMA), and on Blu-ray 3D™, Blu-ray, DVD, and On-Demand on March 7! 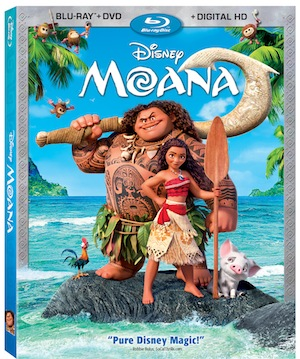 One person is going to win a digital copy of Moana on Disney Movies Anywhere (DMA)! Yay!