I remember a long time ago, watching the old Addams Family movie. It kind of creeped me out a bit. This movie has come a long way though and the new Addams Family Movie is animated and kind of cool, in a creepy kind of way! So ya, still creepy 🙂

Everyone’s favorite creepy and kooky family is back in the “frighteningly funny and fresh” animated feature film! The Addams Family arrived on Digital, December 24, 2019, and now on Blu-ray, DVD, and On-Demand on January 21, 2020, from Metro Goldwyn Mayer Studios (MGM) and Universal Pictures Home Entertainment! Yay! 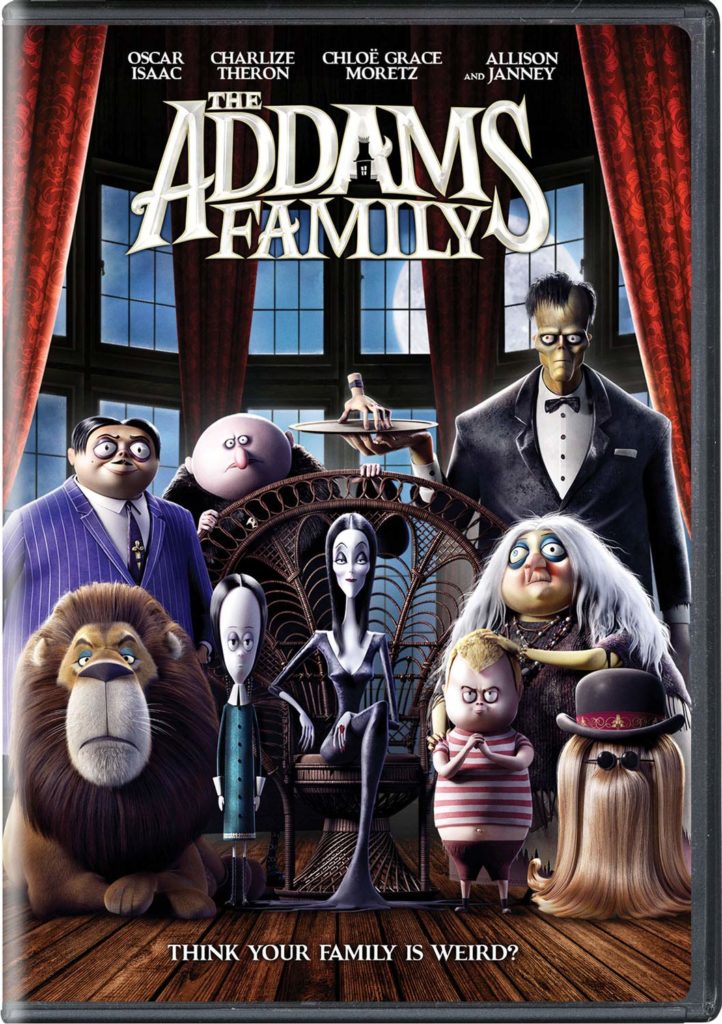 The very first full-length animated film about the eccentric and unconventional family, The Addams Family showcases the wonderfully weird world of the Addams family with a variety of exclusive bonus features not seen in theaters including deleted and extended scenes!

There is also a fun, interactive charades game with Thing, plus, behind-the-scenes footage, music lyric videos and more! Filled with wildly funny moments and a fresh take on the beloved characters (created by Charles Addams), The Addams Family celebrates the uniqueness of every family and delivers spooky fun all year long!

So, get ready to snap those fingers because the Addams Family is BACK in their first animated comedy about the kookiest family on the block. It is quite funny, outlandish, and completely iconic! The Addams Family redefines what it means to be a good neighbor! 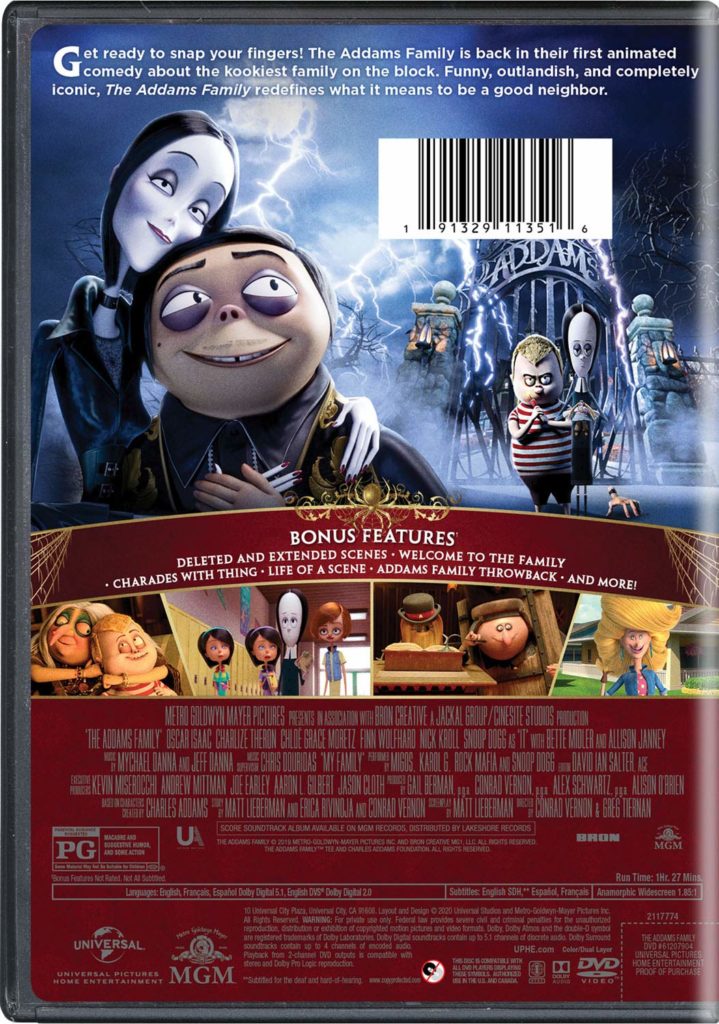 On Blu-ray, DVD, and Digital:

*Welcome to the Family: In this combined Making of/Character Profiles, we hear from the filmmakers and stars of TheAddams Familyabout how the film came about, the animation process and insight into the characters.

*Life of a Scene–From black & white storyboards and layouts to animation and lighting, follow along with filmmakers as they bring to life a scene from the movie. 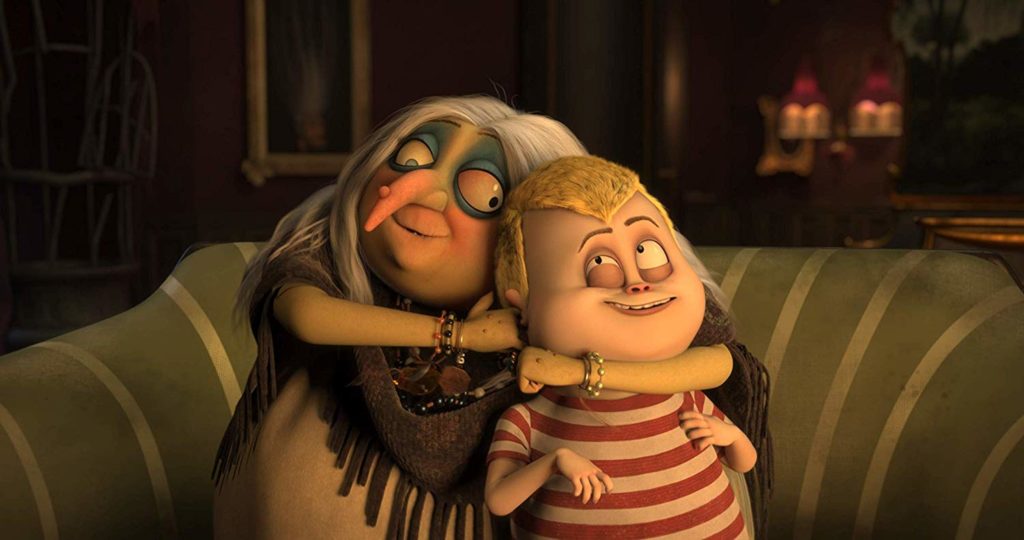 *Charades with Thing–There’s nothing quite like a game of Charades with your friends. But what happens when the person giving the clues isn’t exactly a person? What if he’s just… a hand? On talent day, stars of the film are invited to play Charades with Thing. Talent goes head-to-head, competing to see who can guess Thing’s clues. Graphics reveal the answers and keep score for each player. 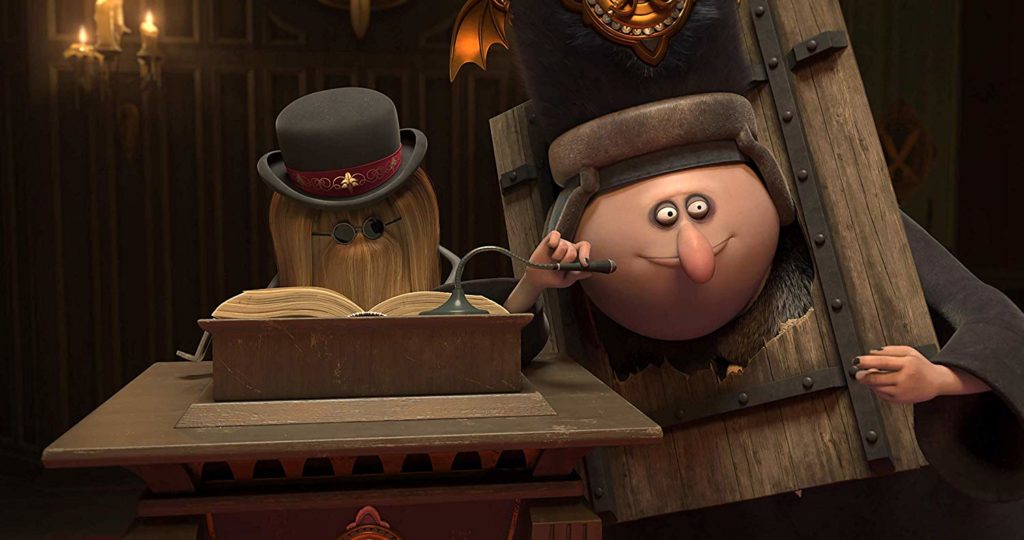 You can pre-order this movie on Blu-ray and DVD on Amazon.com. 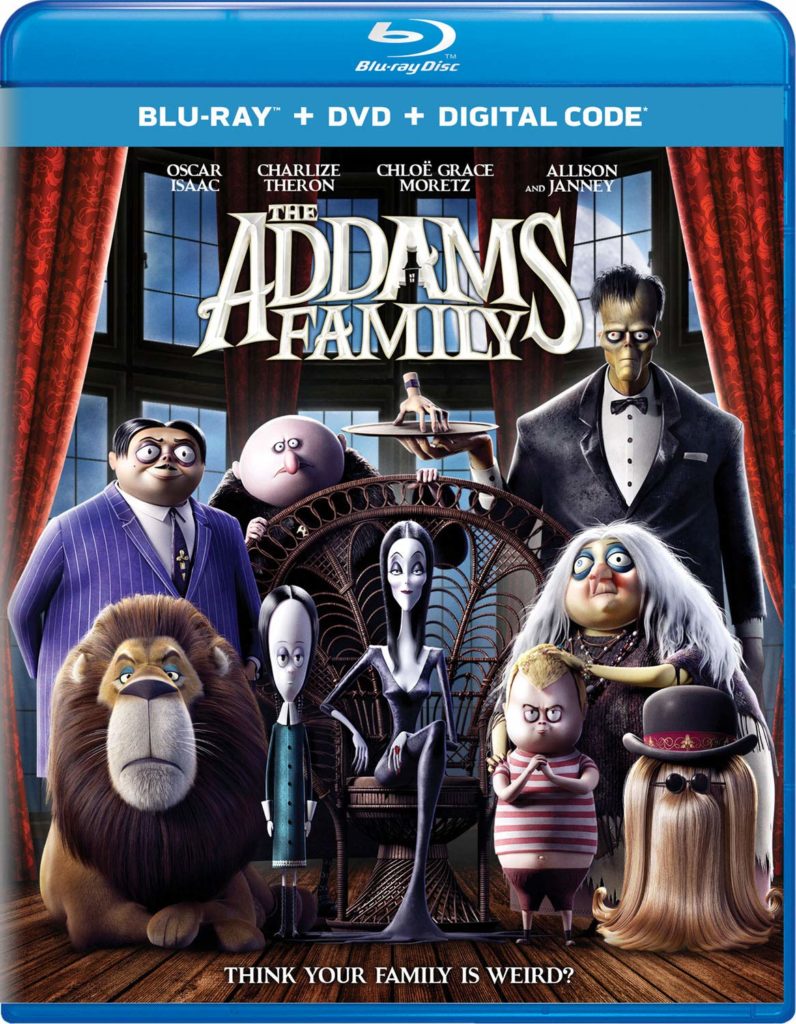 One person is going to win 1 Blu-ray Combo Pack of The Addams Family! Yay!

The contest is open to US 18+. Giveaway will end on February 1, 2020, at 11:59 PM PST. Winner will have 48 hours to confirm their win after I email them, or a new winner will be chosen. I am not responsible for lost or stolen mail.