*Product was received. Opinions and experiences are my own.

It is no secret that my kids have sensitive skin. My daughter and toddler have it the worst. Sometimes their skin gets SO bad it bleeds 🙁 I have brought them to the doctors NUMEROUS times trying to get their eczema under control. It is something we have to tend to EVERY day or it will come back. It is never ending! 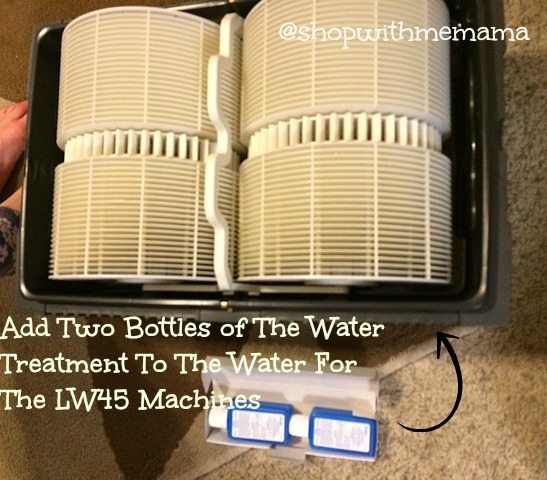 Also, with spring here and allergies galore, I have to make sure my kids are treated for that too! It is pretty crazy around here! Thankfully I now have the Venta Airwasher in my home to help keep all of these allergies and skin conditions under control, or at least help with it.

The health of my family is obviously very important to me. The Venta Airwasher is the way to wellness for my family  through perfectly hydrated and purified air, in our home. I had to set the Venta Airwasher up right away as I knew it would help us! 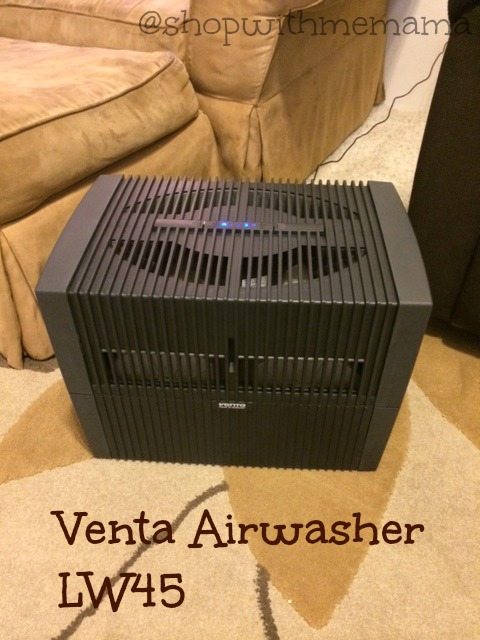 The Venta Airwasher is a filterless humidifier and air purifier which is designed to work in harmony with your heating and cooling units to properly rehydrated the air, eliminate dust, and remove allergens so you can relax, knowing that the whole family is breathing easier at home.

This machine was simple to set up. I just opened it up, took out the cardboard that was inside of it filled it with water and added two bottles of the Venta water treatment. Then I put the top part on it and plugged it in and turned it on. Simple! 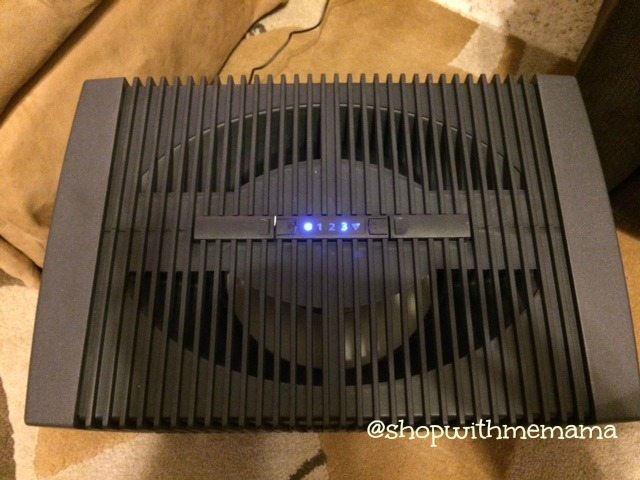 Now, this machine is made to run. You don’t need to turn it off. When it is low or out of water, it will shut off automatically. Love that! I have the Venta Airwasher in our living room. It has a very quiet motor, kind of like a humming sound so it is not loud or obnoxious at all. It is also a nice looking machine. I got the gray one but it also comes in White.

You can check out how the Venta Airwasher works, by watching the video below:

And here is my video of the Venta AirWasher. In the video I talk about adding essential oil to it. You can add essential oils to it, but Venta only recommends THEIR essential oils. I used Young Living Essential Oils though 😉

Had to add this!

Proven effective in the treatment, or avoidance of:

As you can see, this is one heck of a airwasher! So far I have noticed, from using the Venta Airwasher for a little over a week, my kids sniffle less. Their skin is still rashy, but not getting to the point where it cracks or bleeds. My son ALWAYS gets bloody noses and since having this machine running constantly, he has only had one bloody nose, that is HUGE for him.

I can’t wait to see the results, after using the Venta Airwasher for a longer period of time. But, so far we are really liking the Airwasher in our home.

My kids were playing around the Venta Airwasher and unplugged it. When I went to plug it back in, it would not turn on. I noticed the cord was a bit loose. I talked with the Venta Airwasher Pr person and she helped me through the problem. Apparently the cord DID come loose and pop out of the plug inside. The cord is detachable and if someone trips on it, it can come unhooked from the motor.  All I had to do was connect it again.

Instructions If Your Venta Airwasher Comes Unplugged From The Motor:

If you will press the two thumb tabs on the top of the unit (they are to the right and left of the power and speed buttons), your upper housing will fold down into four sides (like a flower).  This will give you access to your unit’s motor and you will be able to pull the plug from the motor and reinserted it and make sure that it’s fully into the motor.

Now my Venta Airwasher is up and running again! So happy it was super easy to fix!

What Do You Think Of The Venta Airwasher?