You're Home! » 4 Fun Action-Packed Toys From Your Favorite Movies

*Products received. Opinions are my own. This post includes my affiliate links.

Toys, oh how I still love getting new toys! It never gets old, it really doesn’t. No matter how old you are, toys are FUN!! Hasbro has ALWAYS been a brand of toys I just adored as a child and now as an adult!

My kids could not have been more excited when a big package arrived at our doorstep with some awesome toys nestled inside! What a fun package to open up!! 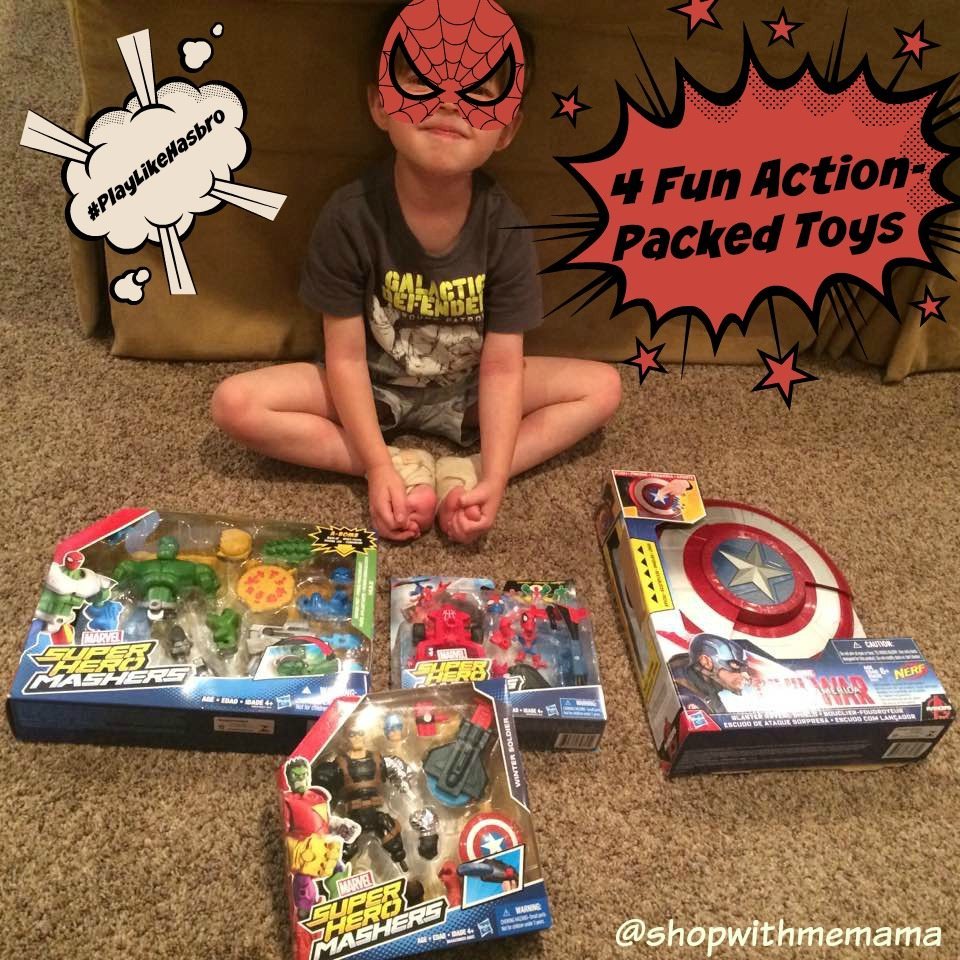 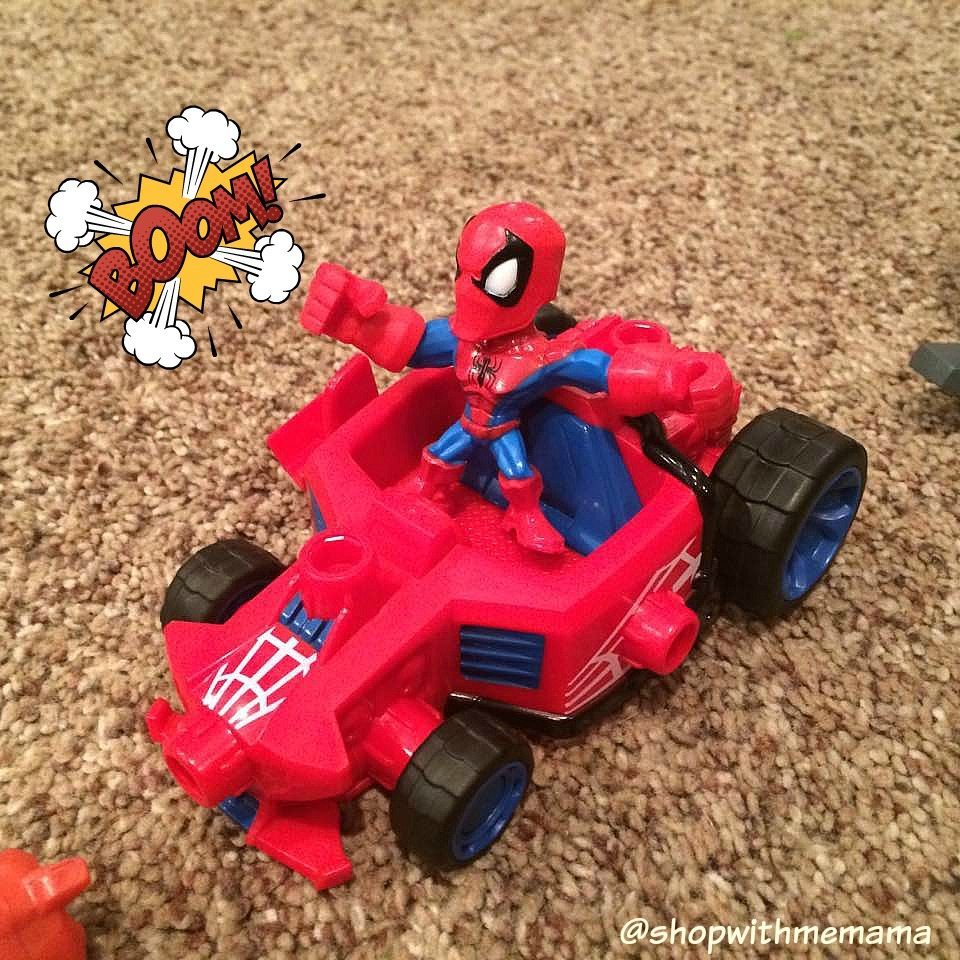 Marvel Super Hero Mashers Spider-Man Speeder Vehicle And Figure is my 3-year-olds favorite toy out of this bunch. He LOVES Spider-Man so much and every day has to wear his Spider-Man costume! It is adorable! So this toy is his favorite!!

This Marvel Hero Mashers set includes a mashable Spider-Man Speeder vehicle and a Micro Spider-Man figure with 3 connection points allowing kids to detach head and arms, and reconnect them where they want! Universal connectors let kids swap parts with other Super Hero Mashers figures or vehicles, giving them the freedom to create their own Marvel Super Hero Mash-Up! 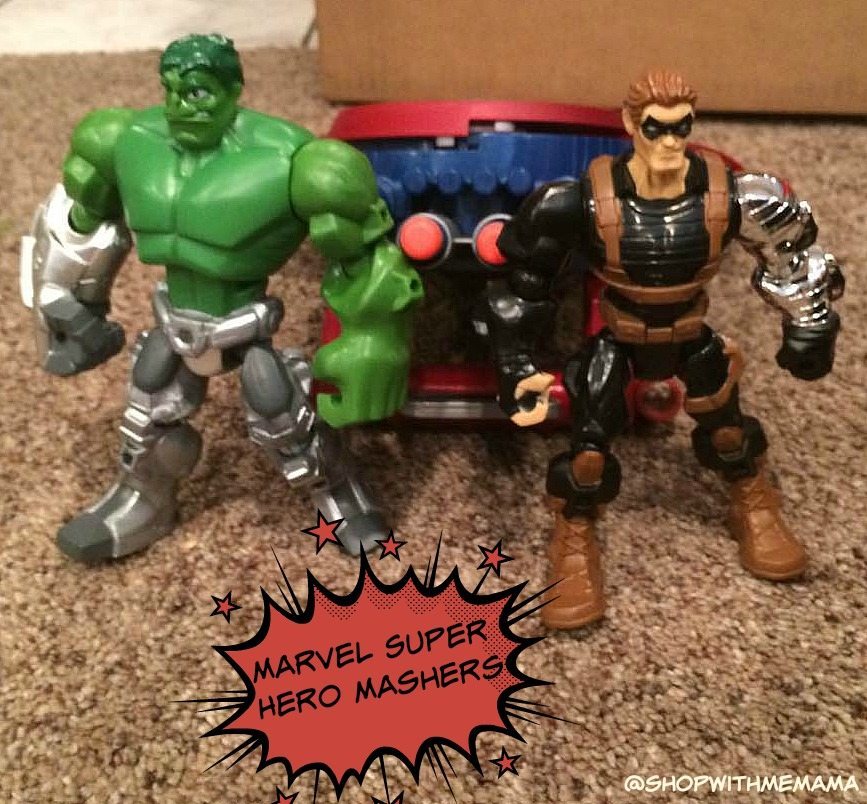 Marvel Super Hero Mashers Winter Soldier Figure! This figure is quite cool! My little one loved pulling off this super hero’s head and switching it with another head and removing his limbs for other legs/arms! Too much fun! He thought it was so silly!

Make the ultimate hero mash-up with this customizable Winter Soldier figure! Even the most powerful of superheroes sometimes needs an extra hand–or a foot. Fortunately, this Winter Solider figure’s head and limbs are removable to help get a leg up on the competition. Mash up parts from other Super Hero Mashers figures (each sold separately) to build the ultimate superhero, then have a blast with the included shield blaster accessory! For even more mashed-up fun, check out the Mix + Smash: Marvel Super Hero Mashers app!* 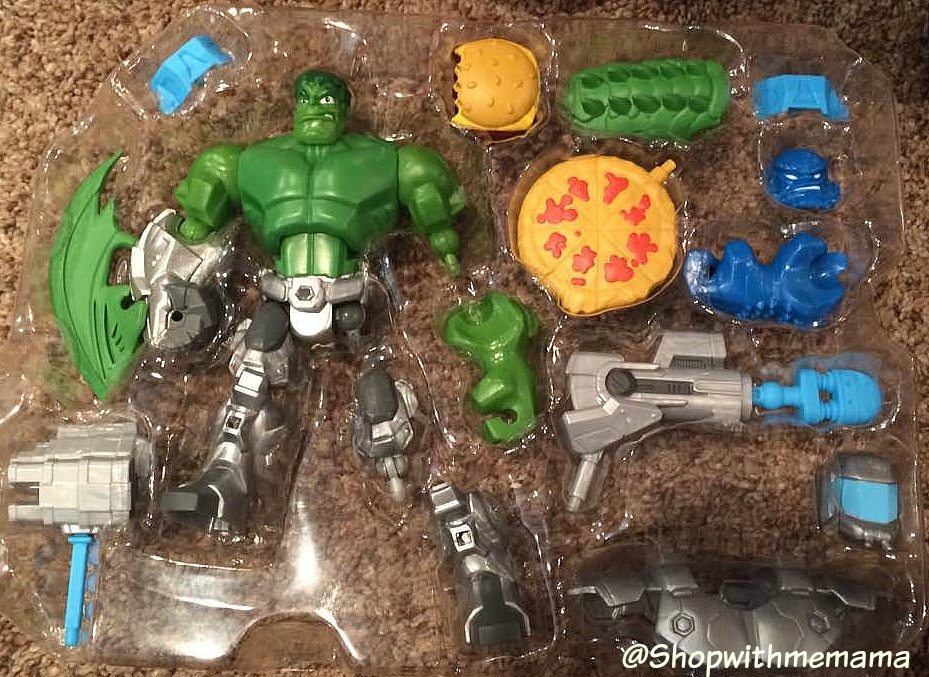 Marvel Super Hero Mashers Smash Fish Hulk Figure. This is like the Winter Soldier Figure. You can switch heads, arms and make these figures completely different! They are really cool and my kids love playing with them and mixing them up! Sometimes it is really funny!

No one knows exactly how it began. Some say Captain America needed a little extra oomph during battle and the Hulk volunteered to lend a hand … literally. Others claim Tony Stark ran out of shish kebobs for the annual Avengers barbecue and “borrowed” a couple of claws from Wolverine. However it started, everyone agrees that only one question really matters now: are you ready to Make YOUR Mash-Up? 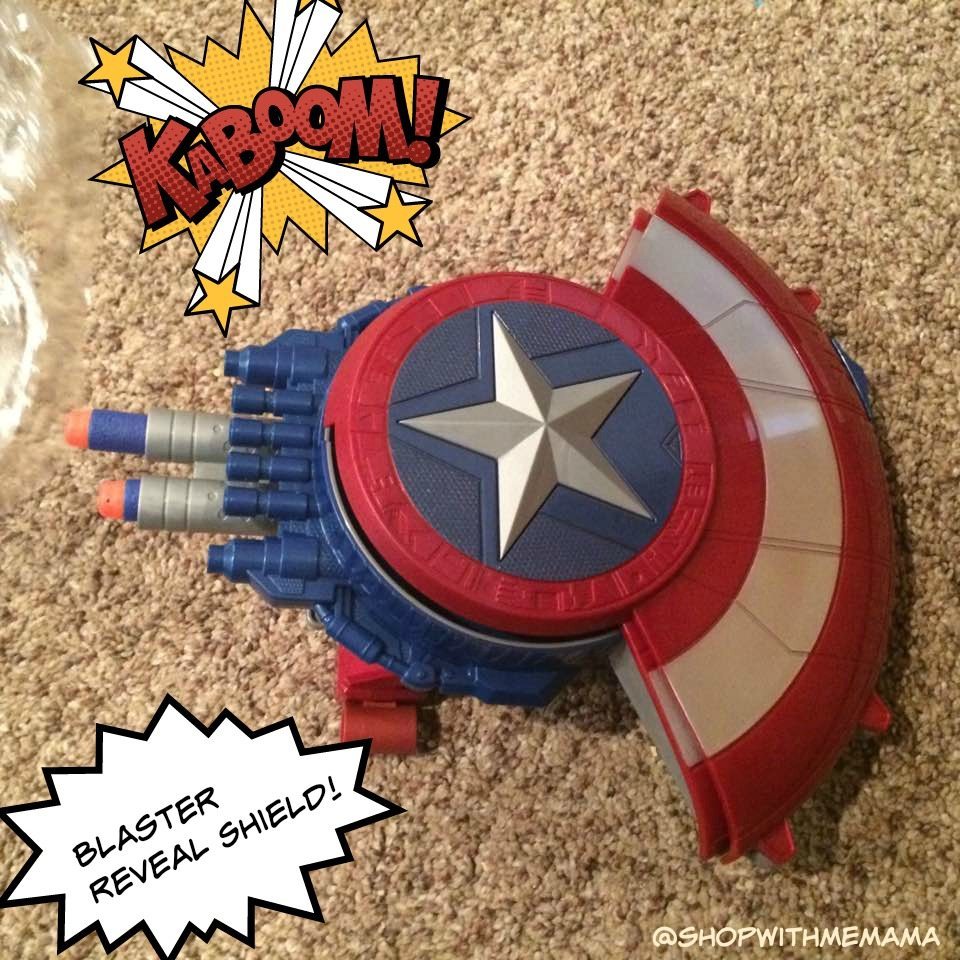 Marvel’s Captain America: Civil War Captain America Blaster Reveal Shield! This is really cool! Not only is this a shield, but when you press a button, it will put down the shield and turn into a gun! My little one absolutely loves playing with this!

Captain America fights for battle victory with superhuman strength, agility, and an indestructible shield! He’s America’s first Super Soldier, fighting fearlessly on the side of justice.

Kids can imagine what it’s like to battle like Captain America with this Blaster Reveal Shield, which includes 2 launching projectiles! Just push down the star button to watch the shield open, revealing a hidden blaster designed to take enemies down! Heroes-in-training can also use the shield as protection, and when they reveal the blaster, they’ll have the ultimate weapon!

Arent’ these fabulous toys from Hasbro? My boys just love them!

You can purchase these 4 Fun Action-Packed Toys From Your Favorite Movies online at http://www.hasbrotoyshop.com/.

One person is going to win the 4 Fun Action-Packed Toys, I talked about above! Yay!