You're Home! » Have Fun And Learn Safety With Dumb Ways JR #DumbWaysJR

I remember the very first time I heard that Dumb Ways To Die song. My goodness, that is some catchy tune! If you haven’t heard it, you must and if you have heard it, you know exactly what I am talking about, LOL.

My two oldest kids who are 10 (boy) and 8 (girl) first found out about Dumb Ways To Die from their best friends. I remember one night when their friends were staying over, they were all playing this game on their tablets. It was so funny, but they were SO engaged in it and were laughing their heads off at the hilarious characters. I had to take a peek for myself and yep, those characters ARE funny! They are cute too! 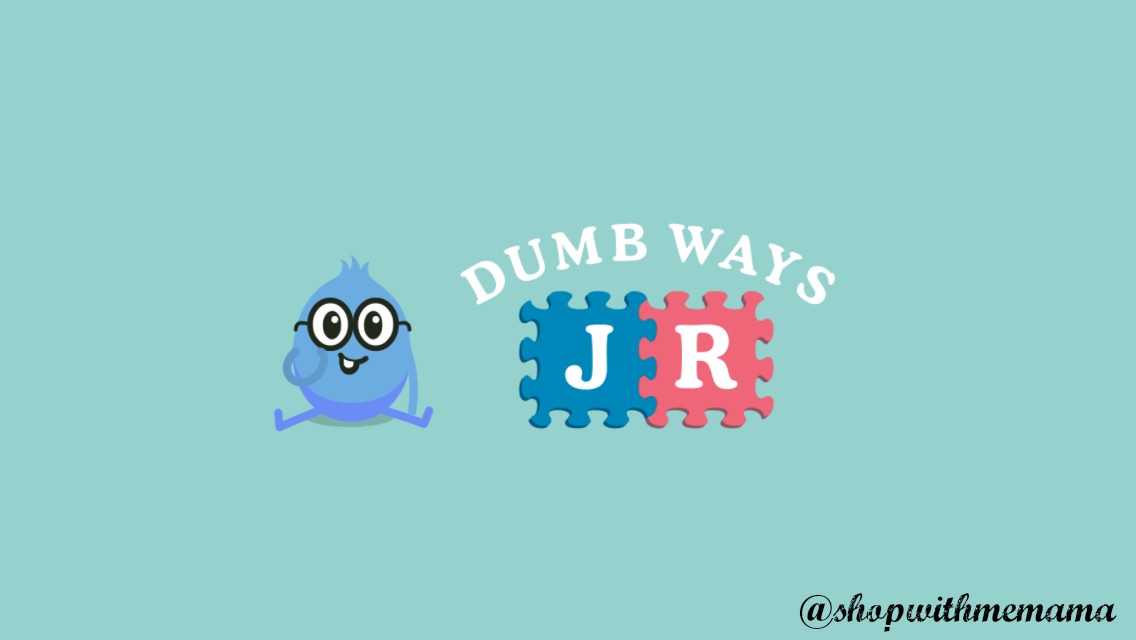 I felt sorry for my 3-year-old because he always wanted to play the game too. He really tried, but it was just too complicated for him and I thought it was a bit gory for him. So, he would throw tantrums and cry whenever his brother and sister were playing this game but he could not.

When I heard about Dumb Ways JR, oh my goodness I was SO excited! My little one could now play Dumb Ways Jr whenever he wanted and I do not have to worry about the goriness or the difficulty levels. Now my little one can Have Fun And Learn Safety With Dumb Ways JR! 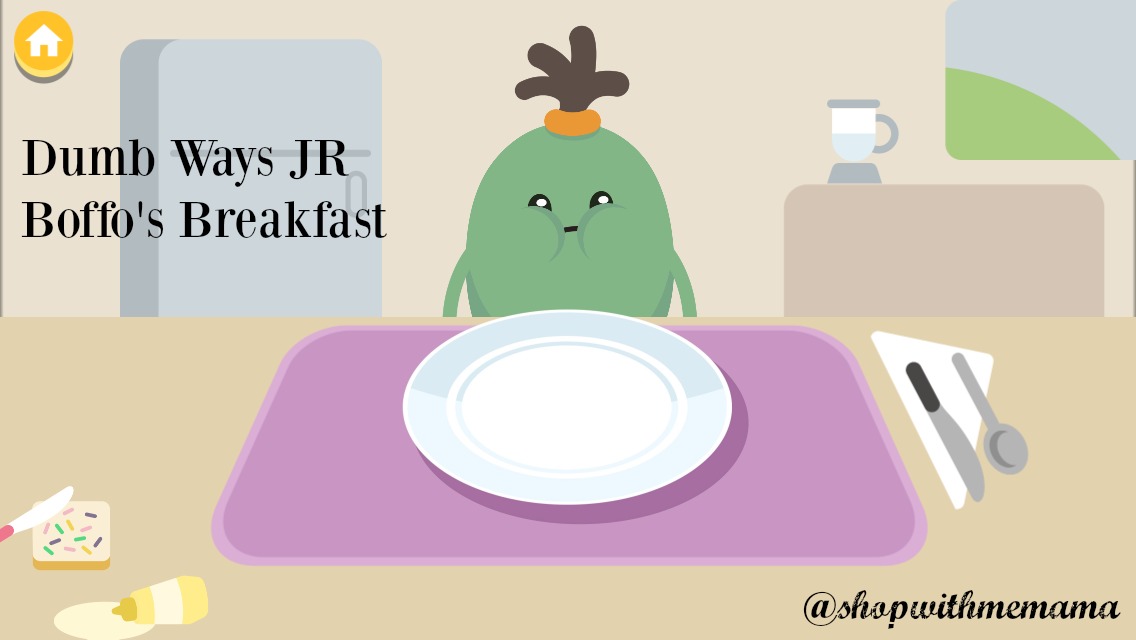 First, I Will Talk About Dumb Ways JR Boffo’s Breakfast…

You can chop up the food, pick out what food you want the Boffo to eat (choose from more than 20 different food items!!) and add spices, water, sweets or whatever to the food! Then you put it into Boffo’s mouth and he will let you know if he likes it or doesn’t like it by the silly faces he makes! 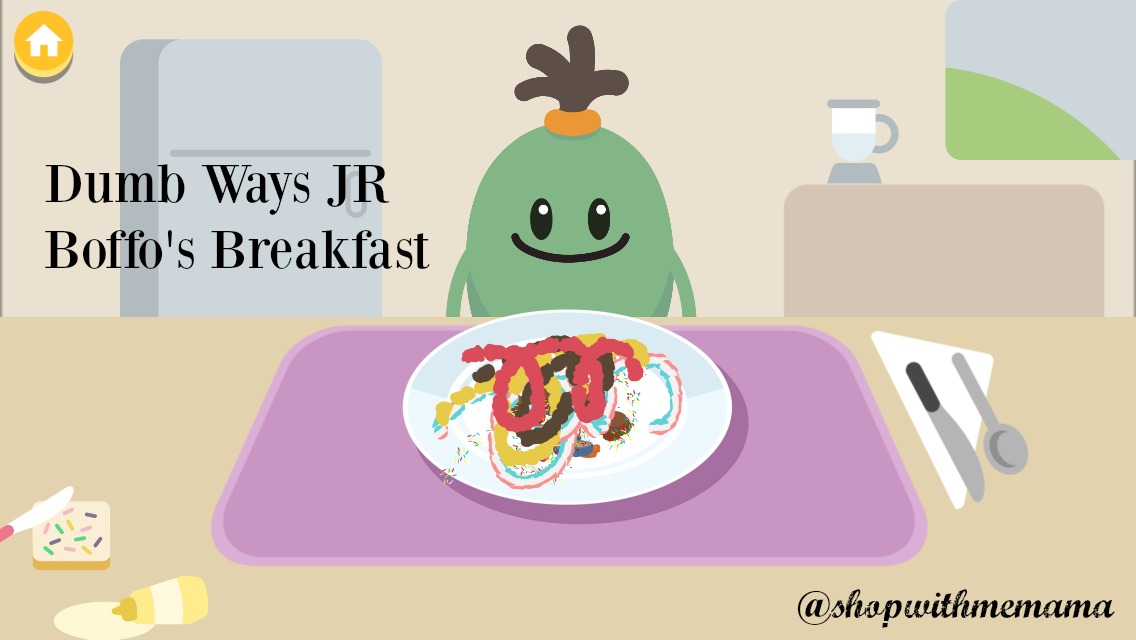 My youngest spent a good ten minutes just pouring and putting stuff directly into silly Boffo’s mouth! My son was giggling at how he could do that, so I thought that was a cute touch. I really like this app because it engages my child in a fun, imaginative play. We also LOVE that it has no time limits or rules, no ads or in-app purchases and you can play without a wi-fi or internet connection!! 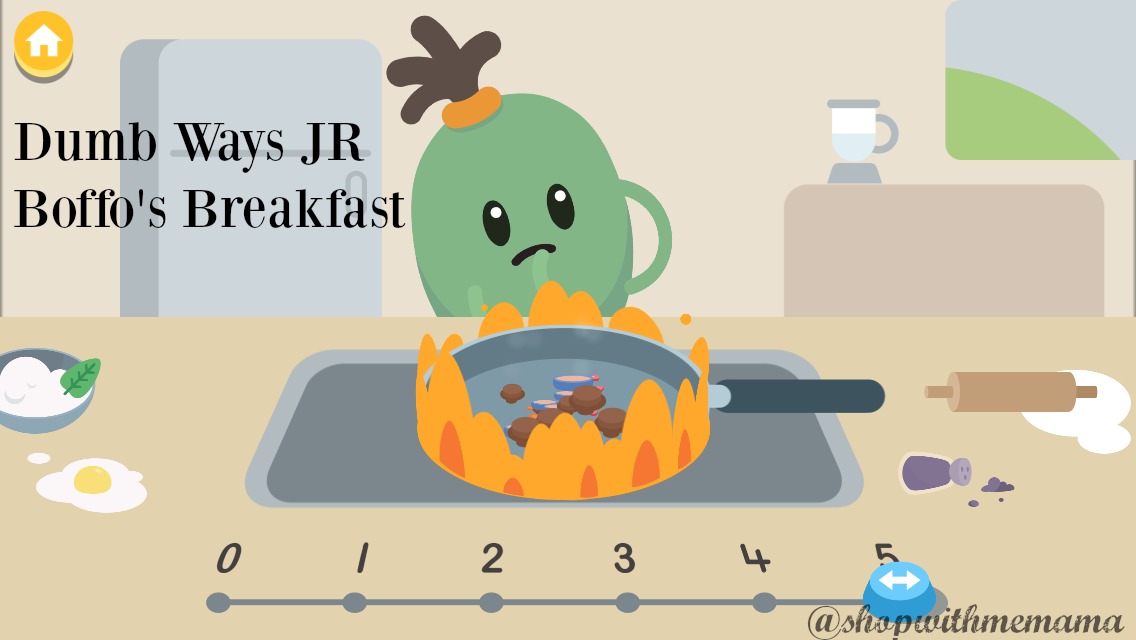 Children can learn about various aspects of kitchen safety in the app such as when Boffo gets
worried when the heat is too high on the stove cooktop. Ideal for 3 to 6-year-olds.

You can download Dumb Ways JR Boffo’s Breakfast at the Apple Store or Google Play. I think I paid about $1.99 for this app on my iPhone.

This app is also super cute. It has all the characters and they want to ride a train! Your child can choose to ‘ride’ or ‘build‘ on the main screen.

If your child chooses to ride first, the town is already built. You can choose from 3 sizes. Loopy and his friends ride the train around town and can interact with the cows, houses, little cars on the road and more! Your child can also change the direction that the tracks go, so that is fun! 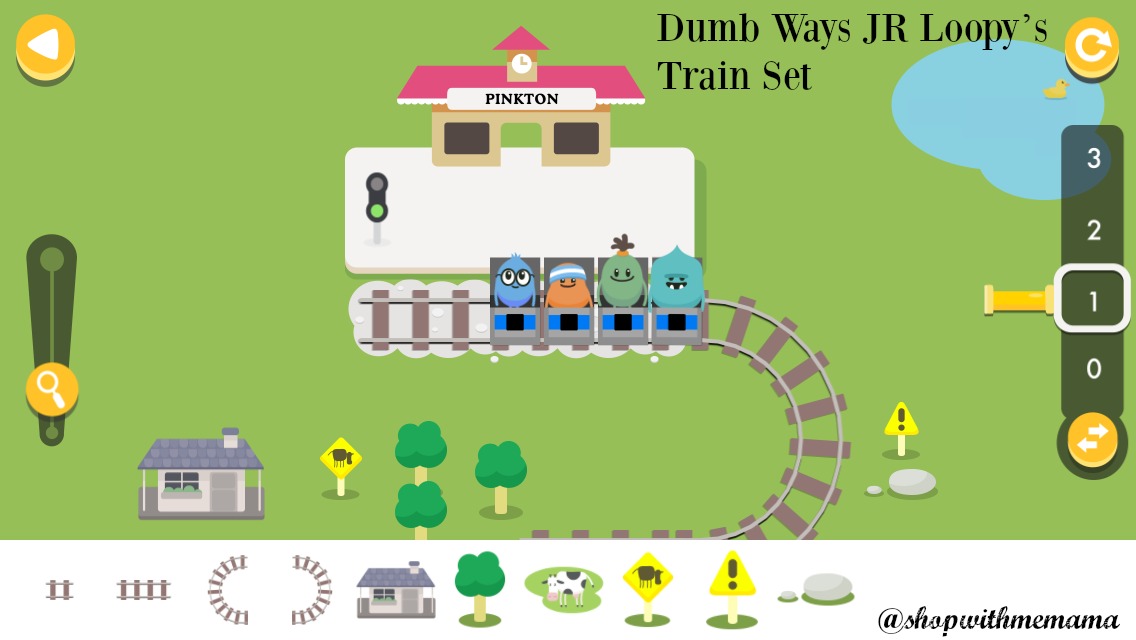 If your child chooses the build button, then he can create the town! Here you can choose from 3 sizes too. Then, just add railroad tracks, trees, houses and more. It has all the little icons at the bottom of the screen where your child can just pick which item and slide it up on to the screen where they want it to stay. If they make a mistake, they can easily put their finger on it again and move it. 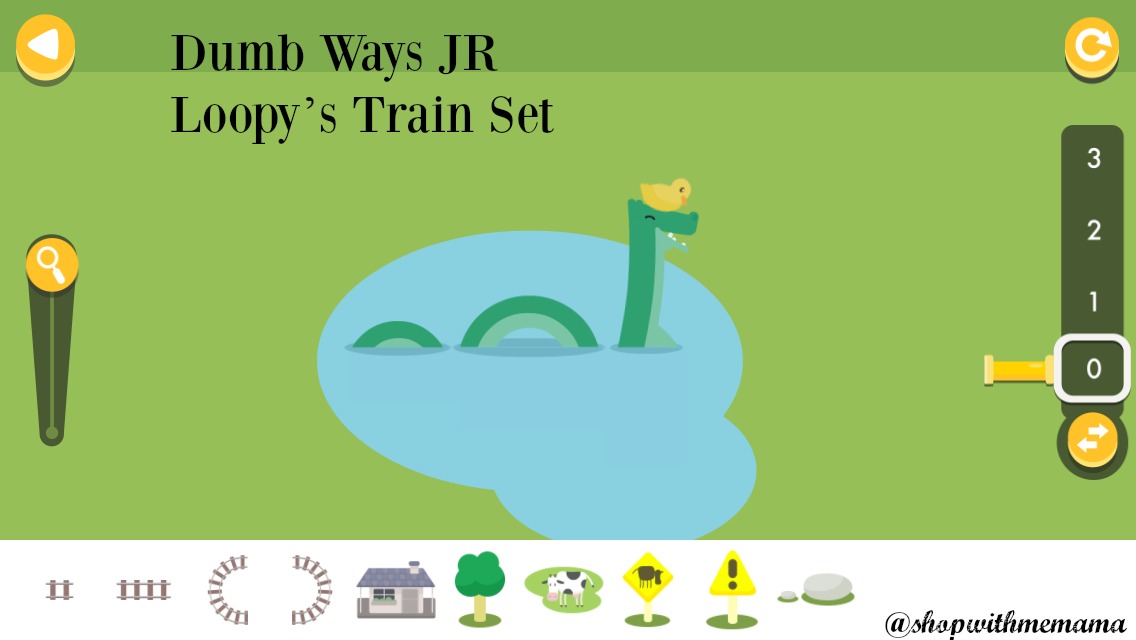 You can pick up Loopy’s friends at the train station and drop them off. Take everyone on a fun train ride around the little town that your child creates with pretty trees, rocks, buildings and more. When it is time to board the train, just pull the handle to hear the train whistle. Toot, toot – let’s go!

Children can learn about various aspects of train safety in the app such as the characters
cannot cross the tracks and the boom gates at the level crossings automatically come down
when the train approaches. This app is perfect for 3 to 7-year-olds.

You can download Dumb Ways JR Loopy’s Train Set at the Apple Store or Google Play. I believe this cost me about $1.99 to download on my iPhone.

Do You Think Your Kids Would Like These Fun, Educational Apps?