You're Home! » Easter Recipes from Around the World

Many people have recipes they prepare every year at Easter, as a religious or family tradition.  I think some traditional dishes are not always the best tasting though, as it’s more about what they represent than the taste.  Here is a sample of some Easter recipes from around the world which might just inspire you to start a new tradition this year!  I’d like to try some Mammi (see below!), to see if it really tastes as gross as it looks. 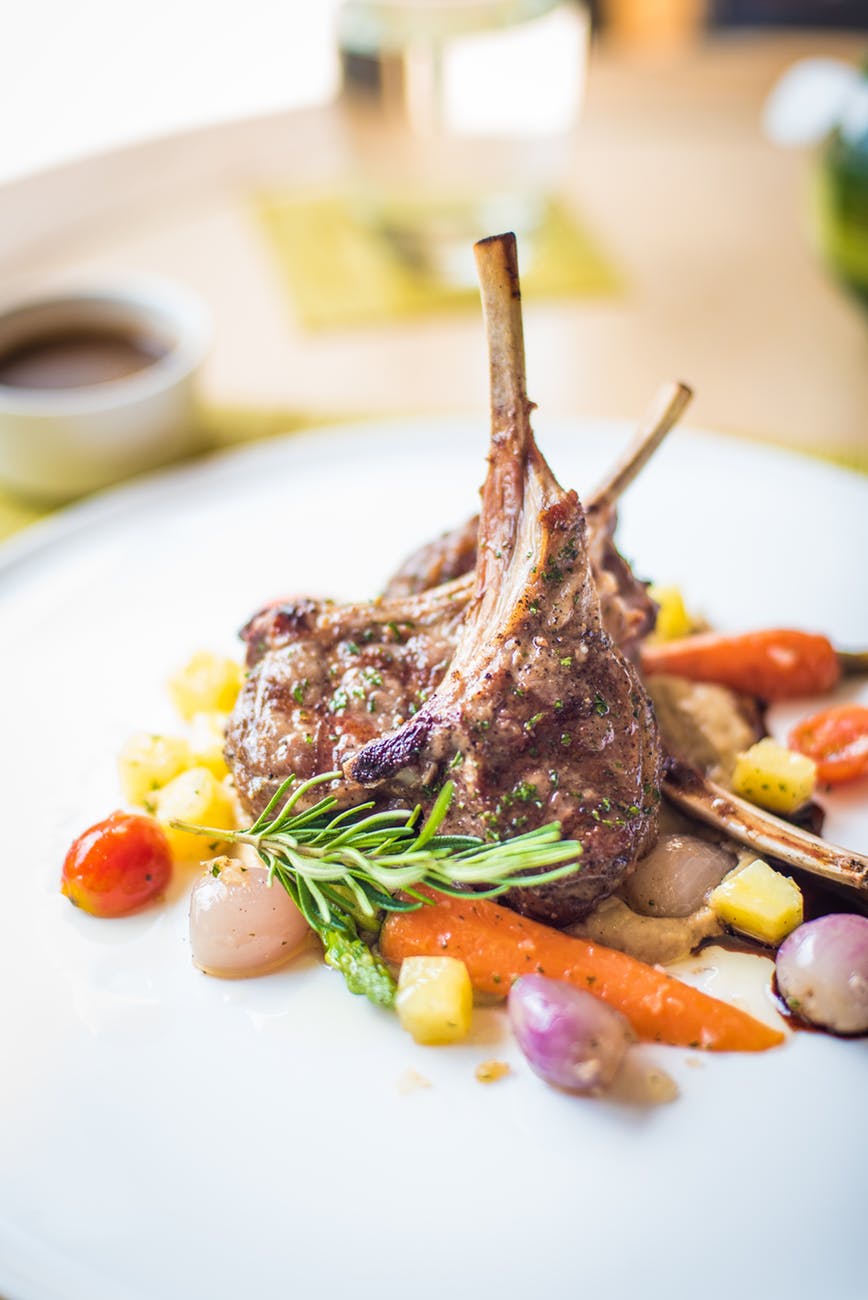 Easter Recipes from Around the World

In the US, people traditionally prepare ham, prime rib, chicken or lamb for the main dish, but many families have unique traditional recipes or dishes they prepare.  It is also common to prepare deviled eggs as an appetizer or side dish or a Watergate salad for dessert.   Deviled eggs are my favorite; Watergate salad, not so much!

In Russia, it is traditional to prepare Kulich (Russian Easter Cake) which is usually served with pashka, a sweet, fruity cheese in the shape of a pyramid.  Mmmm…a a pyramid of cheese! 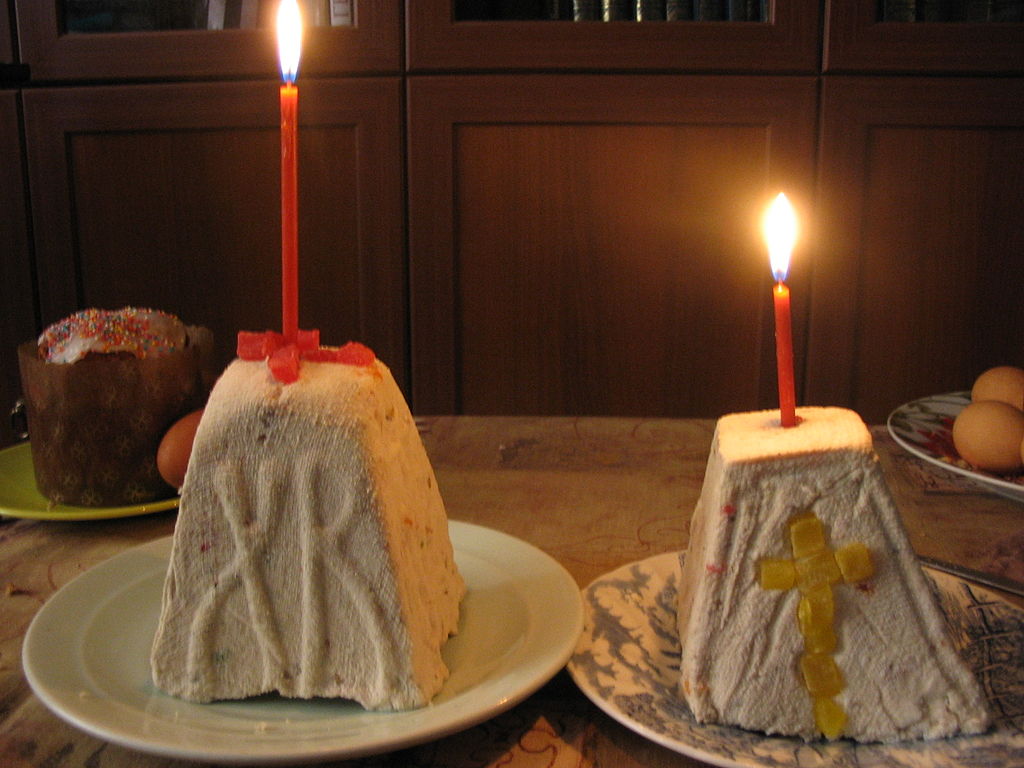 By Mitrius – Own work, Public Domain

In the UK, roast lamb or baked ham is often served as the main Easter dishes.  Hot cross buns are often served on Good Friday and sharing one of these treats is supposed to cement friendships.  Another common UK tradition is Simnel cake, a fruit cake with marzipan balls to represent the apostles. 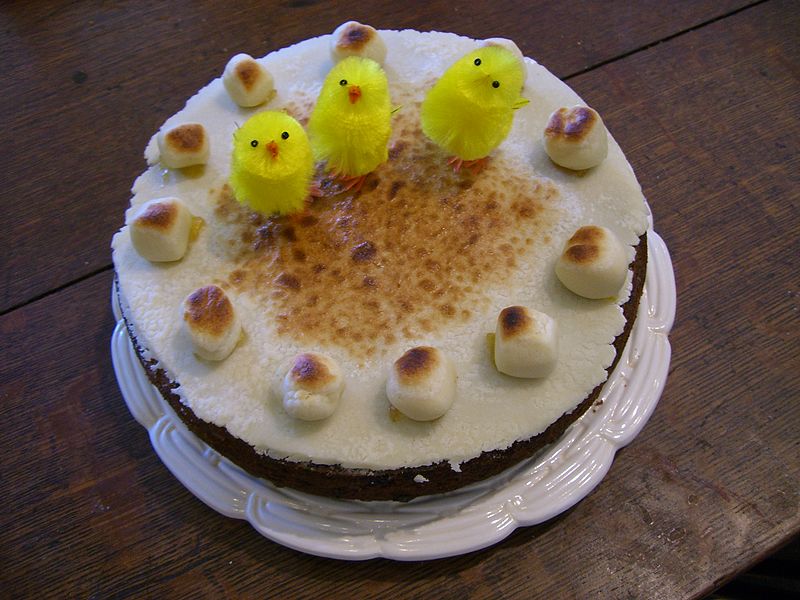 By No machine-readable author provided. Edward assumed (based on copyright claims)

*In Italy, it is traditional to serve  Columba di Pasqua, a candied peel-stuffed cake that is often shaped like a dove.  In Sicily, they commonly prepare a lamb pie. Easter Recipes from Around the World, there are so many!

*In Mexico, it is traditional to serve Capirotada, a spiced bread pudding with raisins, cinnamon, cloves, and cheese.

*In Greece, they prepare a bread called Tsoureki with hardboiled eggs that have been dyed red to represent the blood of Christ.  Not sure about this one, it doesn’t really sound that appetizing.

*In Spain they prepare a bread called Mona de Pascua, basically, a doughnut topped with a hardboiled egg.

*In Germany at Easter time, they eat green foods on Gründonnerstag or “Green Thursday” in Germany.  A common tradition is Chervil soup.

*In Brazil they make Pacoca de Amendoim, a candy treat with peanuts, cassava flour, and sugar.

*In Finland and Sweden they traditionally prepare a dish called Mämmi or Memma made with water, rye flour, molasses, and orange zest. To be honest, it doesn’t sound or look great, but  I’m sure if you have been forced to eat this as a small child, you might get used to it.

What do you think of my post ‘Easter Recipes from Around the World’?  What’s your favorite Easter food?  Is there anything that your family traditionally prepares that you really can’t stand, possibly like the Finnish dish Mämmi?