This post is all about the Interesting Facts About Pregnancy Tests! Taking a pregnancy test can be one of the most emotional experiences of a woman’s life. Whether she hopes the result is positive or negative, either outcome will impact her life in a profound way. If you find yourself in need of a pregnancy test, be sure to look into free pregnancy testing in Illinois. Keep reading for interesting facts you may not know about one of the world’s most famous tests. 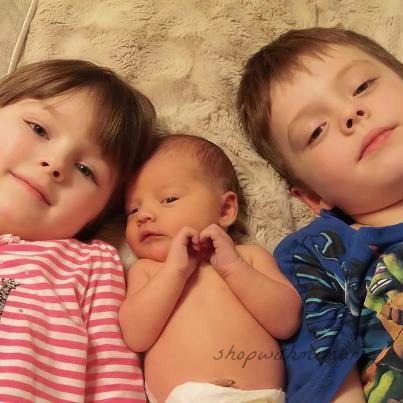 They Test for hCG

What are pregnancy tests testing for, exactly? The answer is human chorionic gonadotropin, also called hCG. This hormone is secreted by the body when a fertilized egg attaches to the uterine wall, approximately a week after being fertilized. Once fertilization happens, the levels of hCG rise rapidly in a woman’s body and usually double every few days.

You Can Detect Pregnancy in Urine and in Blood

There are two types of blood tests available: qualitative and quantitative. Qualitative tests are straightforward and give the doctor a “yes” or “no” answer to whether or not a woman is pregnant. Quantitative tests are more specific and measure the exact levels of hCG in the blood. These can be especially useful if a doctor is trying to evaluate problematic situations, such as an ectopic pregnancy or miscarriage.

If you see those two pink lines on a pregnancy test, you are most likely pregnant. False-positive results in a urine test are rare. If they do happen, it’s likely because a woman has excess protein or blood in her urine. They can also be caused by certain medications such as hypnotics, tranquilizers, or fertility drugs.

Similarly, false negatives are also rare. In fact, pregnancy tests are around 97-99% accurate overall, making them a highly precise way to predict pregnancy.

Although pregnancy tests vary in price, it’s not necessary to splurge on an expensive brand. If you’re pregnant, the hCG will show up on any test regardless of the price.

Some more expensive tests will show the words “pregnant” or “not pregnant” instead of lines (two lines for positive, one line for negative). But that extra feature is usually just a matter of preference, not accuracy.

When using a urine test, you’ll want to take it first thing in the morning when the hCG levels are highest. This is especially important if you’re looking to test very early into the pregnancy. Farther along in gestation, as the hCG levels rise rapidly, the test will show as positive no matter which time of day.

Most women will end up taking a pregnancy test sometime during her life. No matter how or when you take a pregnancy test, the process can be an emotional experience regardless of the desired outcome.