*Product received, opinions are my own. This is a feature only. This post includes my affiliate links.

We really love ALL the Toy Story movies, they are all so cute! The last one really made me and my kids sad, seeing Andy finally give away his toys! Awe!

The latest Toy Story movie is a new favorite of ours! From Disney Pixar Toy Story That Time Forgot. Can’t wait to see this with my kids! It looks like it will be another tear jerker! Or maybe not?
Disney•Pixar proudly presents a hilarious new animated adventure, TOY STORY THAT TIME FORGOT, Join Woody (Tom Hanks), Buzz (Tim Allen) and the gang for an unforgettable tale packed with family fun and a must-have for every Pixar fan’s collection! 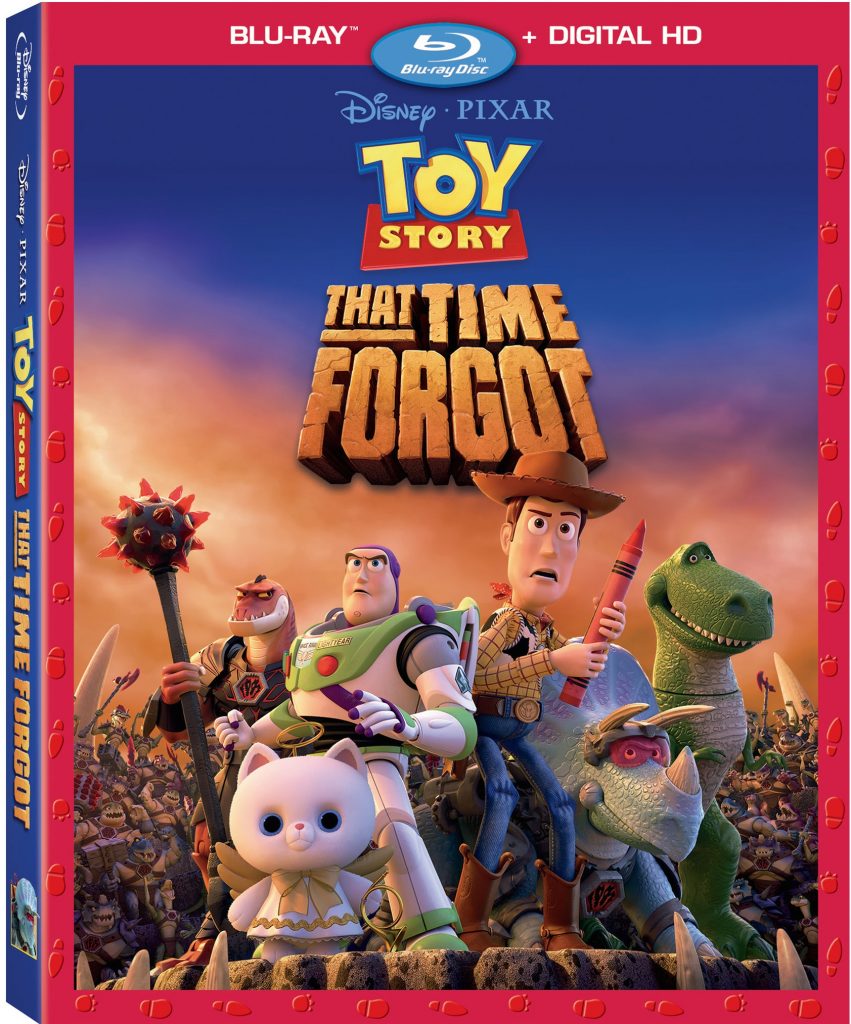 During one of Bonnie’s post-Christmas play dates, the “Toy Story” crew finds themselves in uncharted territory when the coolest set of action figures ever turn out to be dangerously delusional. It’s all up to Trixie, the triceratops, if the gang hopes to ever return to Bonnie’s room. Available for the First Time on Blu-ray™, Digital HD and Disney Movies Anywhere on November 3rd.

Reptillus! – In this behind-the-scenes look at Toy Story That Time Forgot, the filmmakers share a peek at the origins of the Battlesaurs world and culture, and explain the character design and development of its greatest hero, Reptillus Maximus.

Toy Story Goes to Comic-Con – The Toy Story that Time Forgot team heads to San Diego to unveil the project to the public, led by their own longtime Comic-Con veterans, director Steve Purcell and head of story Derek Thompson.

Deleted Scenes with Intros & Outros –“Toy Story That Time Forgot” director, Steve Purcell, introduces scenes that were developed and storyboarded for the special, but were ultimately cut from the final version:

You can purchase Toy Story That Time Forgotten on Blu-ray™, Digital HD and Disney Movies Anywhere on Amazon.com!

One person is going to win Toy Story That Time Forgotten on Blu-ray! Yay!

Contest is open to US 18+. Giveaway will end on November 23, 2015 at 11:59 PM PST. Winner will have 48 hours to confirm their win, after I email them, or a new winner will be chosen. I am not responsible for lost or stolen mail.