You're Home! » Inside Out From the Imaginative Minds of Disney-Pixar

*Product received, opinions are my own. This post includes my affiliate links.

I have to say, Inside Out is a really neat and moving movie! I really enjoyed watching this with my kids. It is kind of deeper animated movie and is really interesting to see what is going on inside of Riley’s head! 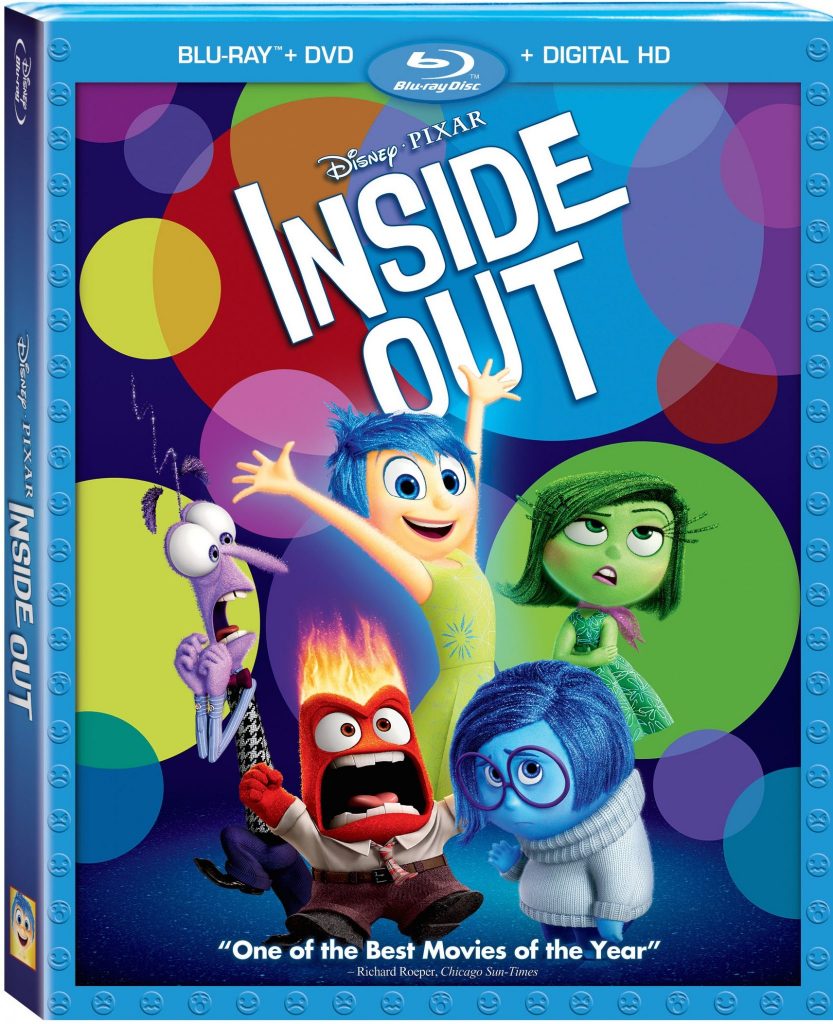 If you have ever looked at someone and wondered what the heck was going on inside of their head, then this movie is for you! With cute characters inside of Riley’s mind, this movie really gets you interested. The characters are silly, fun and downright hilarious! 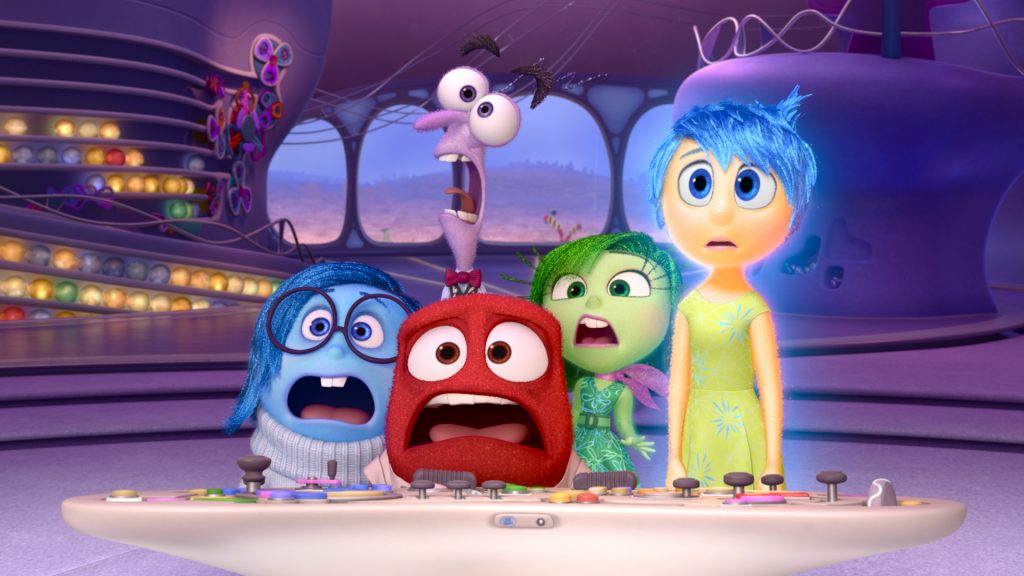 Disney-Pixar’s Inside Out takes an exciting and hilarious journey into the mind to find the answer. Based in Headquarters, the control center of 11-year-old Riley’s mind, five emotions are hard at work, led by lighthearted optimist Joy. She strives to make sure Riley stays happy as she operates alongside fellow emotions Fear, Anger, Disgust and Sadness. 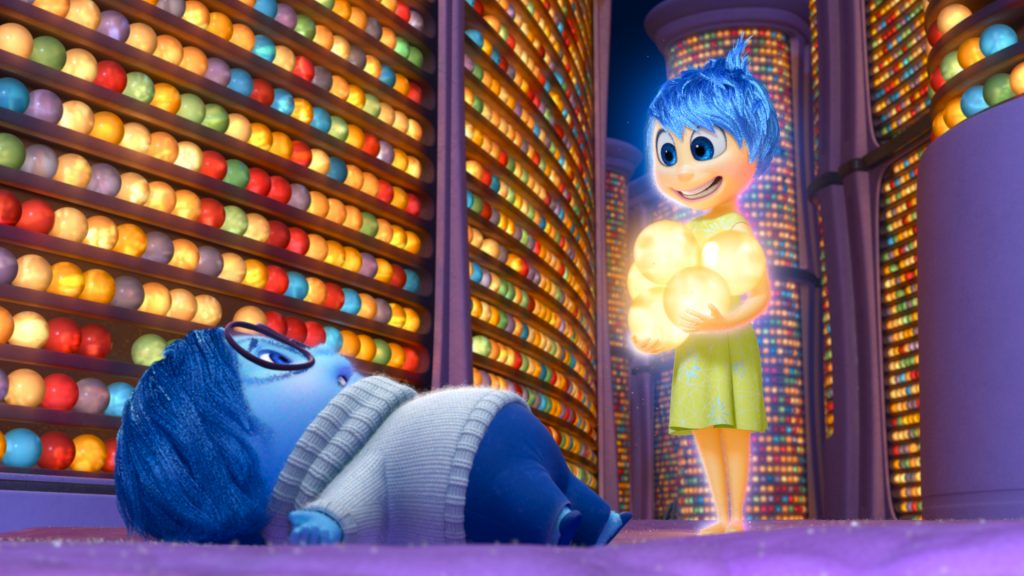 We especially enjoyed the bonus features!
Bonus for Digital HD*, Blu-ray Combo Pack & Disney Movies Anywhere (DMA)
*Riley’s First Date? (In-Home Exclusive Animated Short Film) – Riley, now 12, is hanging out at home with her parents in San Francisco when potential trouble comes knocking: a boy shows up at the door. Can Mom and Dad’s emotions handle Riley’s First Date?
*LAVA (Theatrical Short Film) – Inspired by the isolated beauty of tropical islands and the explosive allure of ocean volcanoes, LAVA is a musical love story that takes place over millions of years.
*Story of the Story – Director Pete Doctor talks about the evolution of Inside Out, from the ideas and memories that inspired the story through the hurdles, explorations and experiences that helped shape it into the film it is today.
*Paths to Pixar: The Women of Inside Out -Inside Out filmmakers, from voice actors to animators to production crew, talk about their paths, their goals, the challenges they’ve faced and the lessons they’ve learned along the way
*Mixed Emotions Inside Out’s filmmakers talk about how they decided which emotions to focus on in the story and how they went about creating each one’s distinct personality and visual identity
*Mapping the Mind -Inside Out’s artists take you through the years-long process of designing and creating a world everyone knows, but no one has ever seen – the human mind.
*Our Dads, the Filmmakers -Elie Docter (daughter of director, Pete Docter) and Grace Giacchino (daughter of composer, Michael Giacchino) bring you behind the scenes for an inside look at the making of the film.
*Into the Unknown: The Sound of Inside Out -What is the sound of a memory forming? Sound designer Ren Klyce describes the challenges – and the unique solutions – involved in creating the aural world of Inside Out.
*The Misunderstood Art of Animation Film Editing -Learn more about the crucial role of an animation film editor, who helps take the story from its earliest, most exploratory versions, to the final, polished film you see onscreen.
Deleted Scenes
*Riley Grows Up -In this scene from a version of the film where the primary relationship was between Joy and Fear (then named Freddie), the emotions begin to notice a change in Riley.
*Joy’s Decline -Joy’s struggles to make sense of the limitations on Riley’s behavior that seem to be springing up at every turn.
*Misdirection -Joy and Freddie encounter a group of Riley’s “retired” imaginary friends, including an early version of Big Bong.
*Construction -Joy is guided through Riley’s mind by a radical non-conformist, Bing Bong, outraged by the demolition of older areas like Imagination Park.
*Commentary -Commentary includes participation from directors Pete Docter and Ronnie del Carmen, and producer Jonas Rivera.
*Mind Candy–A montage of toolkit and interstitials produced for Inside Out.
*Inside Out Trailers -A collection of domestic and international trailers made for Inside Out. 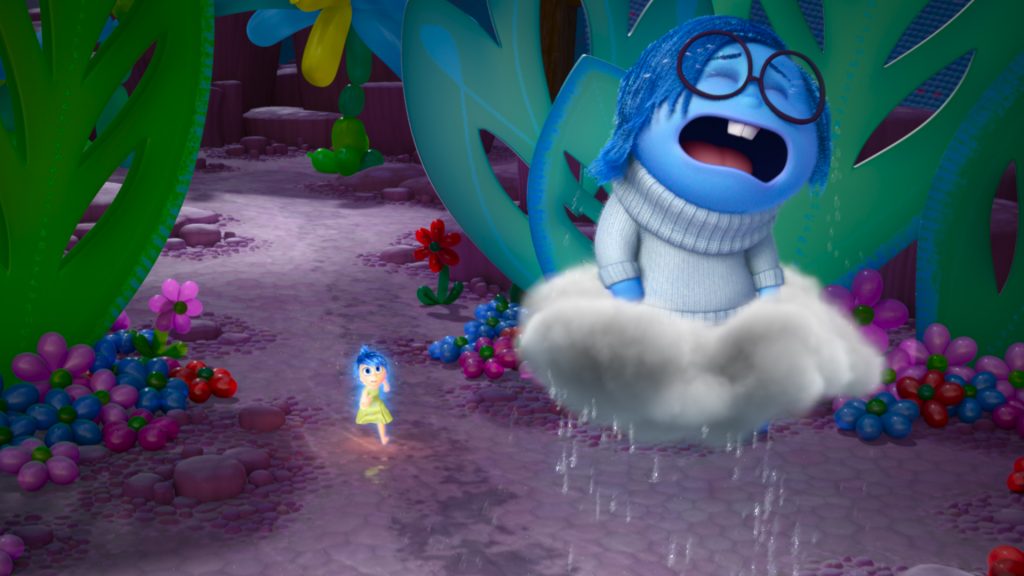 Have You Seen “Inside Out” Yet?