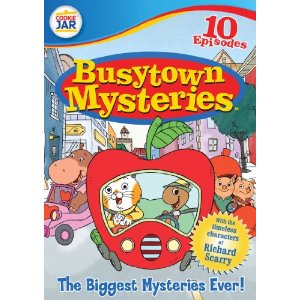 *Horseland – The Greatest Stable Ever! – 10 Episodes

Now, these are some movies that we have never even heard of before, but now, love to watch! These movies are long too. Great for a rainy afternoon for the whole family. My kids favorites are Richard Scarrys movies and the Mona the Vampire is everyone’s favorite. We LOVE Halloween around here, and this is one cute movie! With 10 episodes, it is LONG 🙂 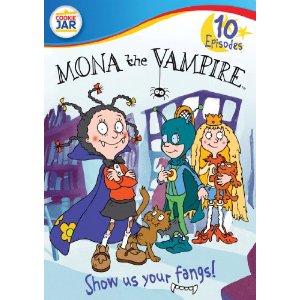 ” This is Mill Creek Entertainment’s initial rollout of some of the world’s most popular animated programs on DVD from the library of Cookie Jar Entertainment due to be released on July 27th! These titles feature numerous Cookie Jar classics never before released on DVD including The Busy World of Richard Scarry, Busytown Mysteries and Wimzie’s House, as well as a host of new shows”

Though they are not due to be released until July 27th, you can pre-order them right now on Amazon.com!

I was sent the above titles free of charge, to review and keep for this review. These are my own honest opinions of these movies, thanks!