Triple Feature: SpongeBob Goes Prehistoric, Home Sweet Pineapple, Where’s Gary?? He has been a favorite in our home, since having my kids!

Every day, you will find SpongeBob on in our home. The kids are glued to the t.v. until the show is over with. In fact, the kids are in school right now and guess what I have on t.v.? Yes, SpongeBob!! Yay!!! This show cracks me up!

If you can’t wait for the DVD release of The SpongeBob Movie: Sponge Out of Water, then I have something to keep you entertained and occupied!  Take a trip back in time to some of SpongeBob’s most exciting adventures with ‘SpongeBob SquarePants Triple Feature: SpongeBob Goes Prehistoric, Home Sweet Pineapple, Where’s Gary?’ This is a 3 disc DVD set and it is filled with over 4.5 hours of SpongeBob adventures that you do not want to miss out on. It is coming to DVD on June 2, 2015! 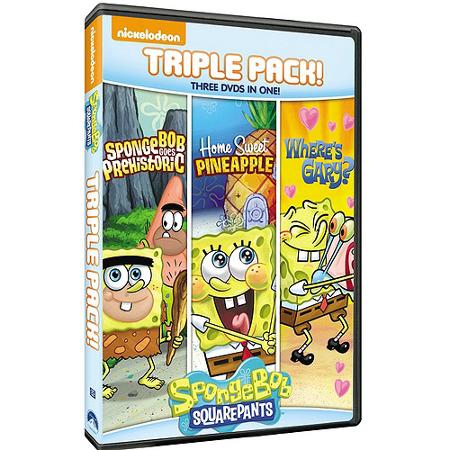 Dora the Explorer: Whirl and Twirl Collection Will also be coming out on June 2, 2015! For all you Dora fans, this is a fun collection you don’t want to miss out on! 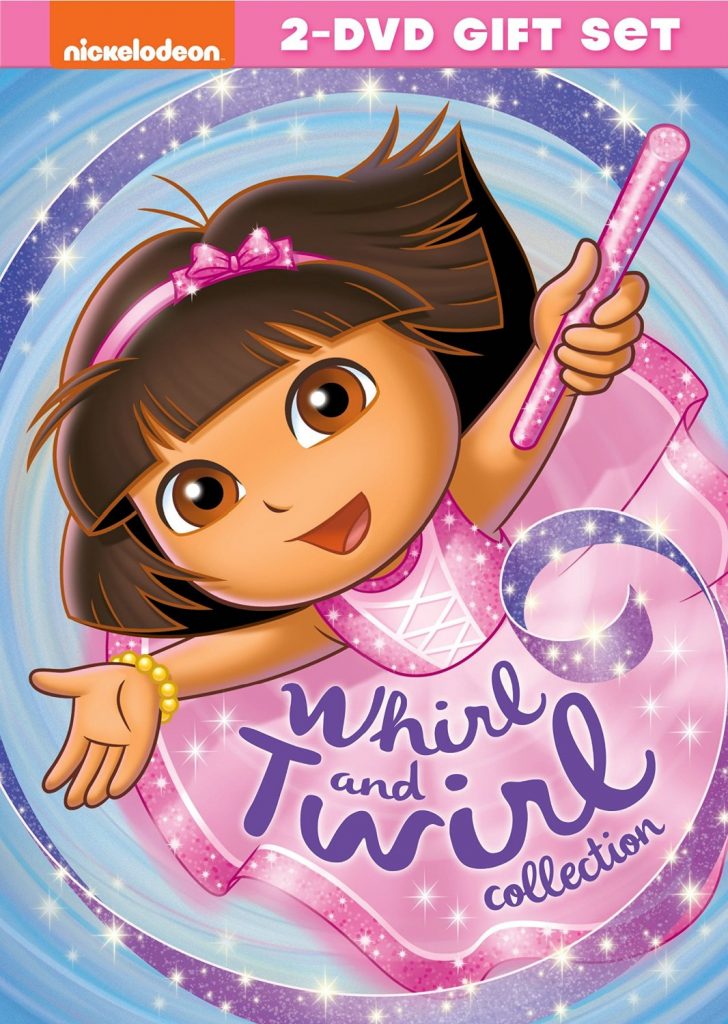 Join Dora as she prepares for a big gymnastics performance and dance recital in Dora the Explorer: Whirl & Twirl Collection

You can purchase SpongeBob SquarePants 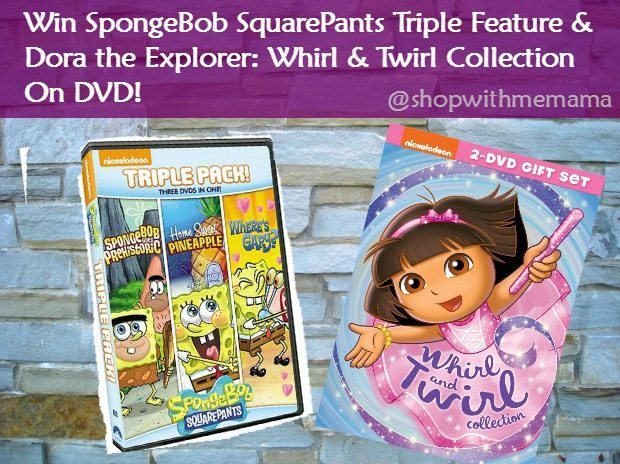 One person is going to win SpongeBob SquarePants

Easy! Just use the entry form below!!

Contest is open to US 18+. Giveaway will end on June 12, 2015 at 12 am PST. Winners will have 48 hours to confirm their win, after I email them, or a new winner will be chosen. I am not responsible for lost or stolen mail.