*Product was received. Opinions are my own. This post includes my affiliate links.

My son really likes playing games on his Xbox 360

. In fact, he enjoys it so much that I have to remind him to get outside and play! With the weather turning nicer, he will not be on that Xbox as much anymore if I can help it. 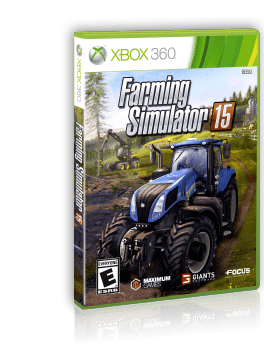 But, now it will be a bit harder to get him off of the games because he recently received a new game. It is Farming Simulator 15

and he is hooked! He loves managing his own farm and creating the farm of his dreams! He gets to plant and harvest crops, breed animals, sell his produce in a local market and there is so much other stuff too! 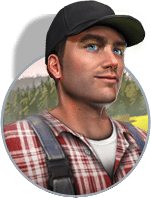 is woodcutting! This new industry on this game can take your farm to the next level as you use new tools, machinery and more! You also have access to over 125 real-world tractors and farming vehicles from well-known brands like New Holland, Case IH, Deutz-Fahr and more.

This game is rated E for everyone and is so much fun to play and create! The Farming Simulator 15 is available on  PlayStation 4, PlayStation 3, Xbox One and Xbox 360!

You can grab you copy of Farming Simulator 15

One person will win a copy of Farming Simulator 15, on the console of their choice! Yay!

Just use the form below!

Contest is open to US 18+. Giveaway will end on June 15, 2015 at 12 am PST. Winners will have 48 hours to confirm their win, after I email them, or a new winner will be chosen. I am not responsible for lost or stolen mail.