You're Home! » Star Wars: The Rise of Skywalker Movie & X-Wing Craft For Kids!

We received this movie to review and my whole family enjoyed watching it. My hubby and oldest son are the biggest fans of Star Wars so this movie added to their collection nicely!

Star Wars: The Rise of Skywalker

Lucasfilm and director J.J. Abrams’ riveting, inspiring conclusion of the seminal Skywalker saga: Star Wars: The Rise of Skywalker, arrived on Digital March 17 and will arrive on Blu-ray, March 31st. The in-home release comes with over two hours of bonus material, including a feature-length, making-of documentary and behind-the-scenes access to the cast and filmmakers who brought the epic scenes and characters to life! 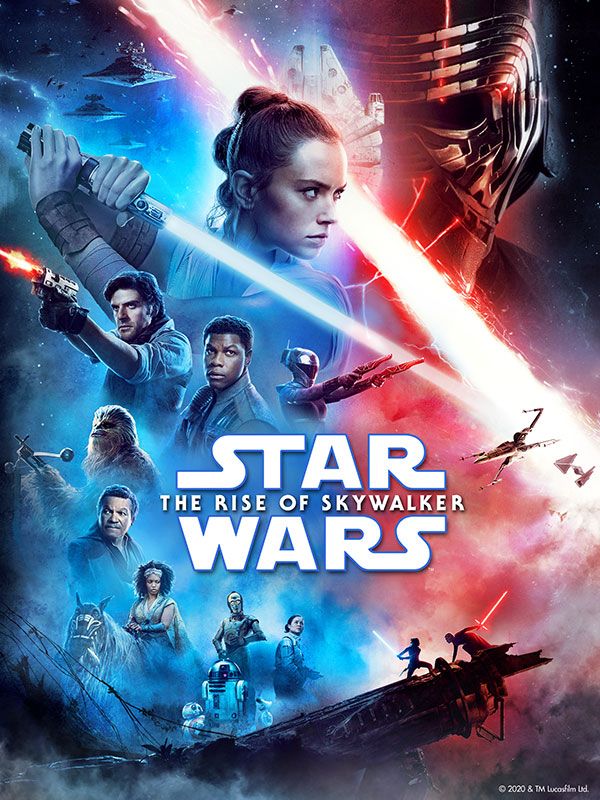 The ninth and final episode in the Skywalker saga welcomed the return of original characters Luke Skywalker, General Leia Organa, Chewbacca, C-3PO, R2-D2, Emperor Palpatine and Lando Calrissian, along with the latest generation of heroes and villains, including Rey, Finn, Poe, BB-8, Maz, Rose, General Hux, and Kylo Ren. Newcomers include Jannah, a new ally of the Resistance; Allegiant General Pryde of the First Order; and smuggler Zorii Bliss.

Bonus material includes a feature-length, making-of documentary, which goes behind the scenes with the cast and filmmakers from Star Wars: The Rise of Skywalker and explores the legacy of the Skywalker saga. Bonus features also dig into the film’s Pasaana desert scenes, including the thrilling landspeeder chase, and the ship in which Rey discovers family secrets as well as a new little droid named D-O. 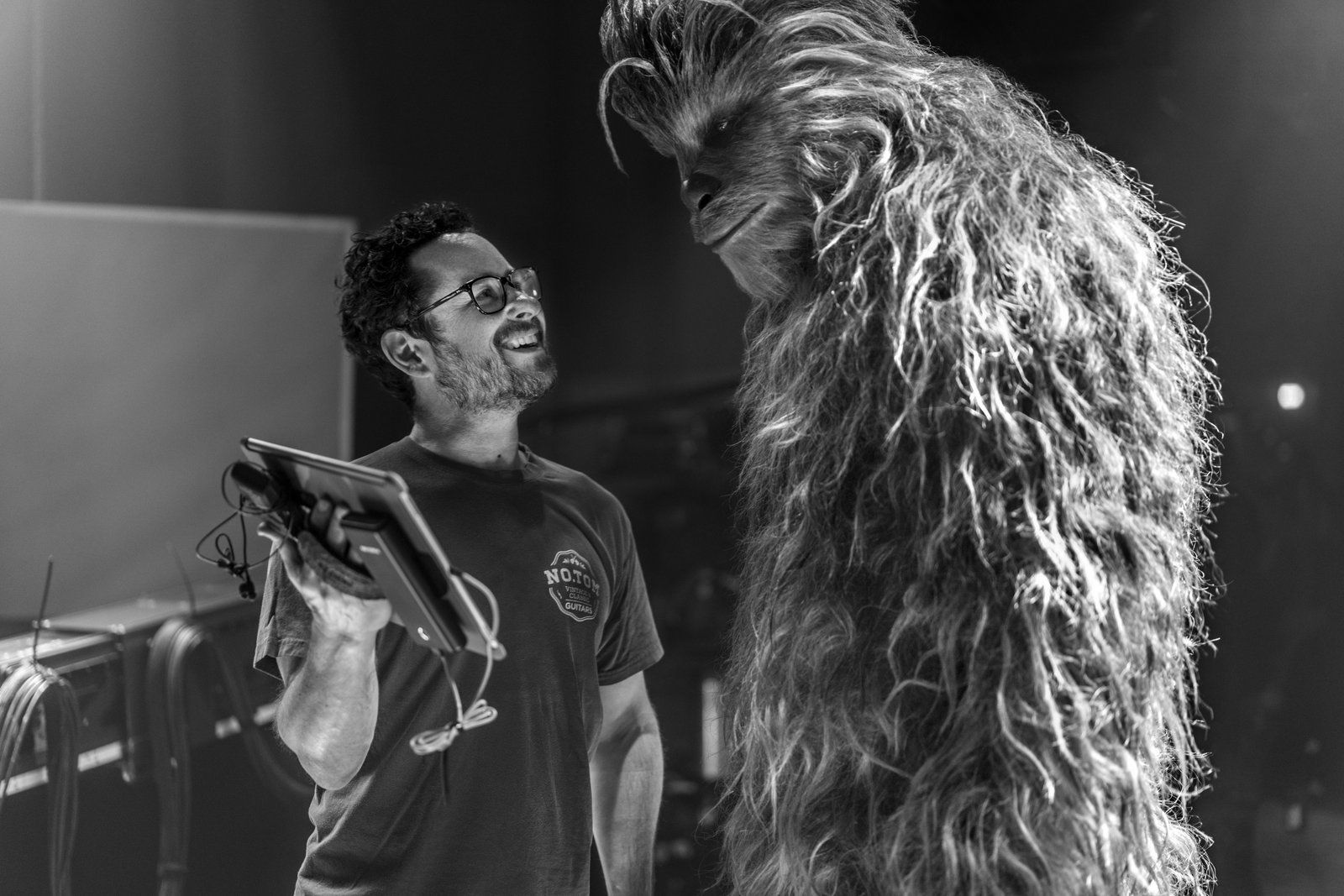 Plus, fans will hear from Warwick Davis, who reprises his role as Wicket the Ewok, as well as the creature effects team that created a record 584 creatures and droids for the film. Digital consumers will receive an exclusive feature highlighting legendary composer John Williams, who has scored every episode in the Skywalker saga.

Disney Star Wars: The Rise of Skywalker is packaged several ways to ensure fans get the most out of their at-home viewing experience. The Multiscreen Edition includes Blu-ray and a Digital copy, giving viewers the flexibility to watch the film on different devices.

Those with 4K Ultra HD capability may opt for a 4K UHD Ultimate Collector’s Edition, including 4K UHD, Blu-ray, and a Digital copy. 4K Ultra HD provides four times the resolution of HD paired with a fully immersive picture and sound and Dolby Atmos audio, allowing viewers at home to practically feel the Force. 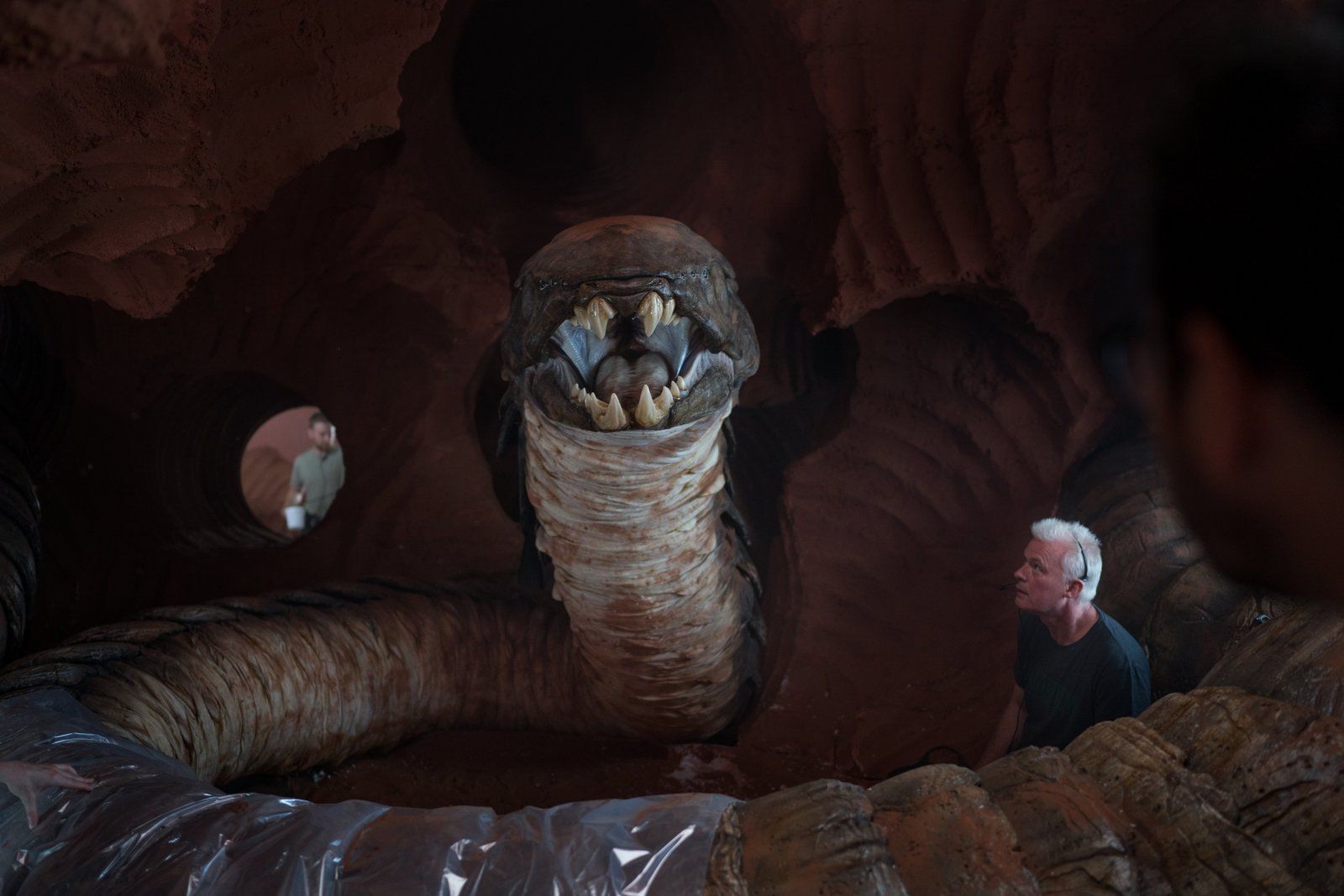 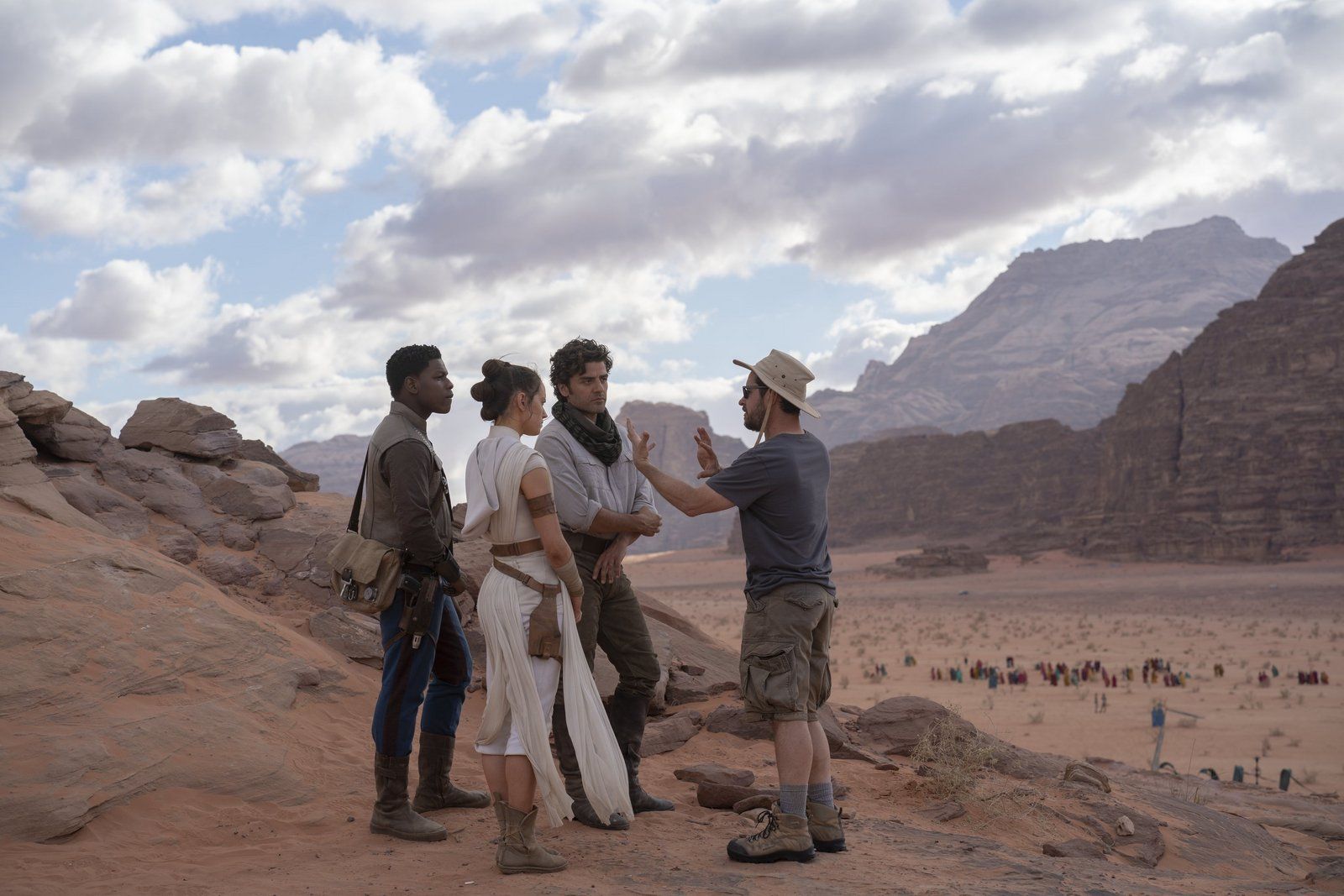 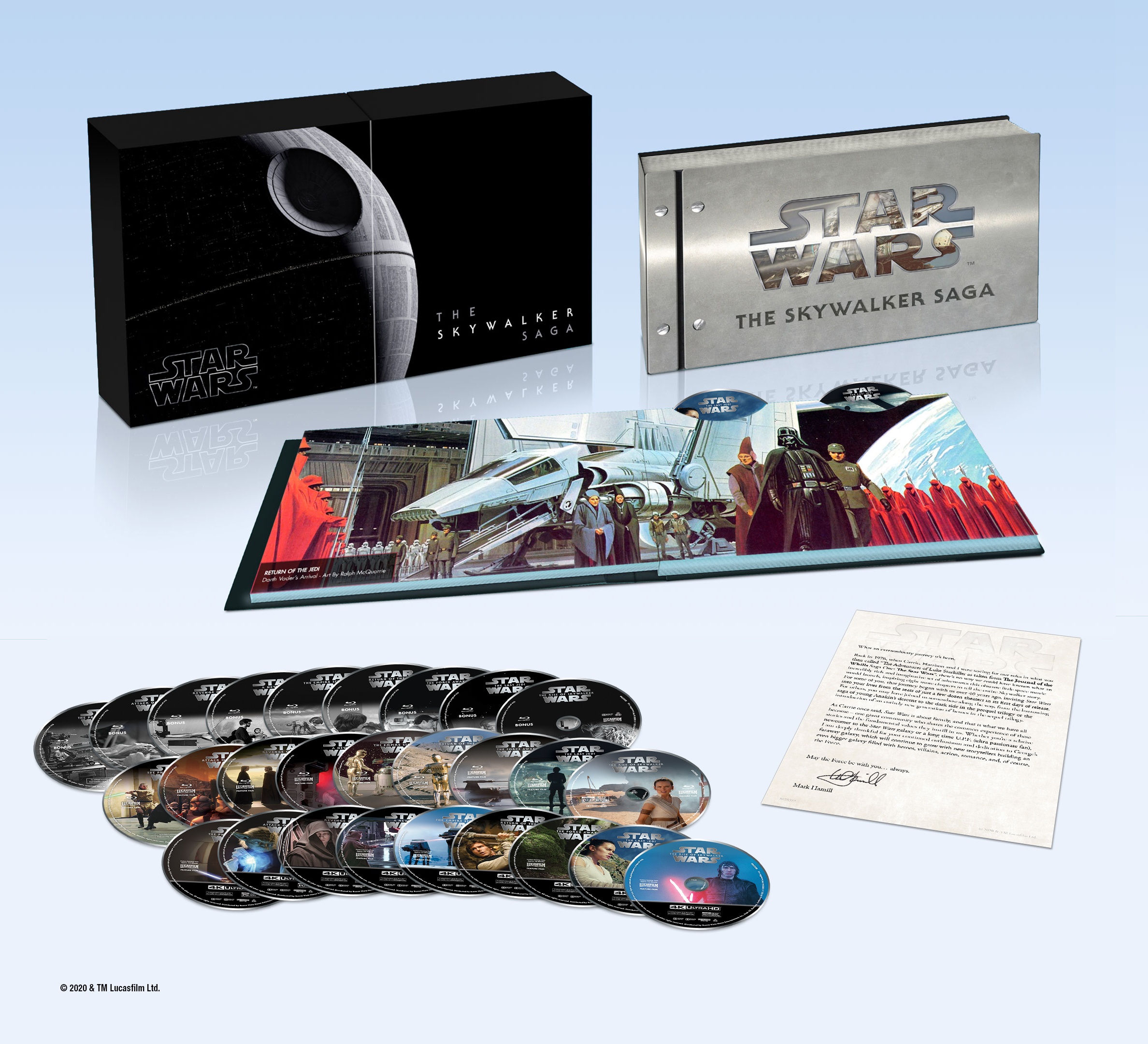 Grab Your Copy!
Be sure to grab your copy of Star Wars: The Rise of Skywalker or reserve a copy today! You can purchase this on Amazon.com.

Star Wars: The Rise Of Skywalker X-Wing Craft For Kids!

Here is a fun craft for kids! It is the Star Wars: The Rise Of Skywalker X-Wing Craft and is great for all the kids being homeschooled right now! Check it out below! 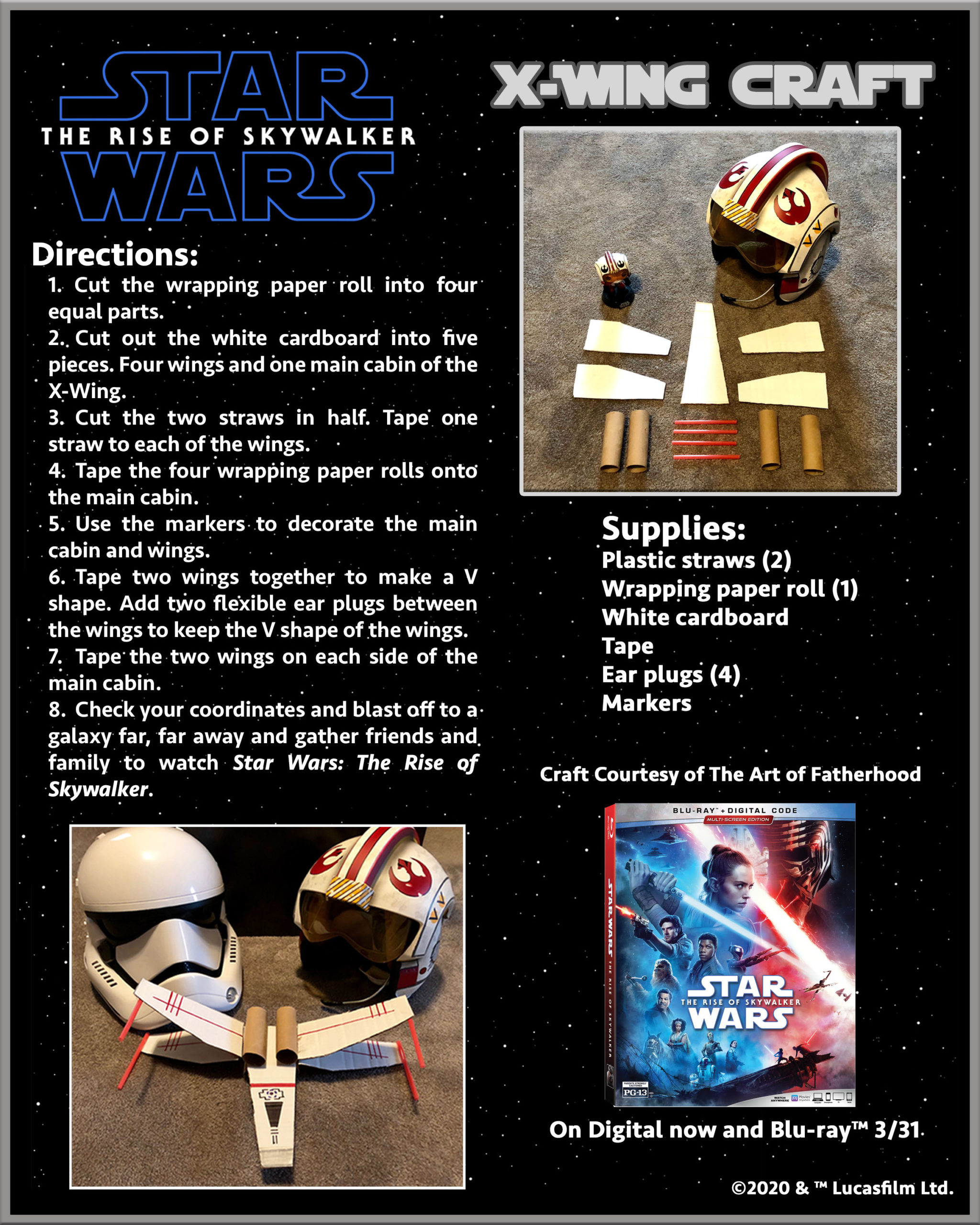 Win
One person is going to win a copy of Disney Star Wars: The Rise of The Skywalker! Yay!
Rules
The contest is open to US residents ages 18+.  This giveaway will end on April 8, 2020, at 11:59 pm MT.  The winner will have only 24 hours to claim their win or a new winner will be selected. I am NOT responsible for lost or stolen mail (DUH!).